Last Updated 02.12.2021 | 1:00 AM IST
feedback language
follow us on
Bollywood Hungama » News » Bollywood Features News » Ahead of her debut at Le Bal des Debutantes, Shanaya Kapoor strikes a pose in front of the Eiffel Tower

We already told you that Sanjay Kapoor's daughter Shanaya Kapoor was going to represent India in this year's Le Bal des Débutantes. The oldest and the world's most high-profile event for debutants takes place annually in Paris. Shanaya, who is soon to make her debut into films, will be escorted down the stairs by father Sanjay Kapoor. 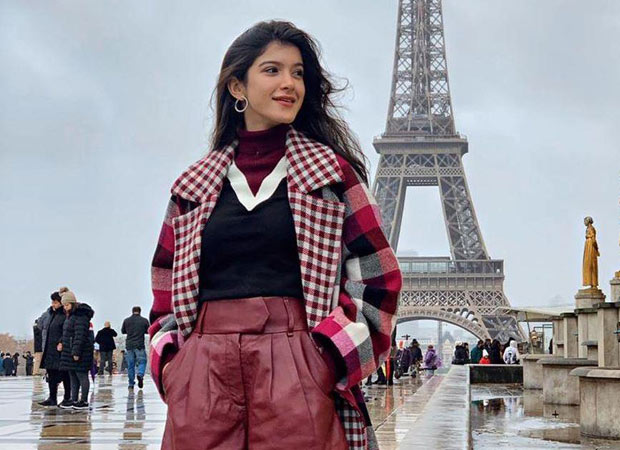 Ahead of the big event, the father-daughter duo has reached Paris. On Instagram, Sanjay shared a couple of pictures of his darling debutante daughter, posing in front of the iconic Eiffel Tower. Dressed in her high neck, black cardigan, a pair of shorts and a super stylish long overcoat, Shanaya looks like a total diva! The excitement is visible.

The aspiring actress will also perform with her father at the night. In an earlier interview, Sanjay revealed that he was indeed nervous about matching steps with the daughter. In case you didn't know, Shanaya has been learning belly dancing for a while now.

Before she ventures into films, she also wants to understand how film-making works. Hence, Shanaya is presently working as an assistant director with cousin Janhvi Kapoor's forthcoming film The Kargil Girl.