Ranbir Kapoor and Alia Bhatt have jetted off to Manali for a fresh schedule of Brahmastra. A few days ago, we spotted Ranbir at the airport with an injured hand. But he joined the family for cousin brother Armaan Jain's birthday celebration nevertheless. Even in the party, the actor was seen sporting an arm sling. But, it looks like it is all fine now. 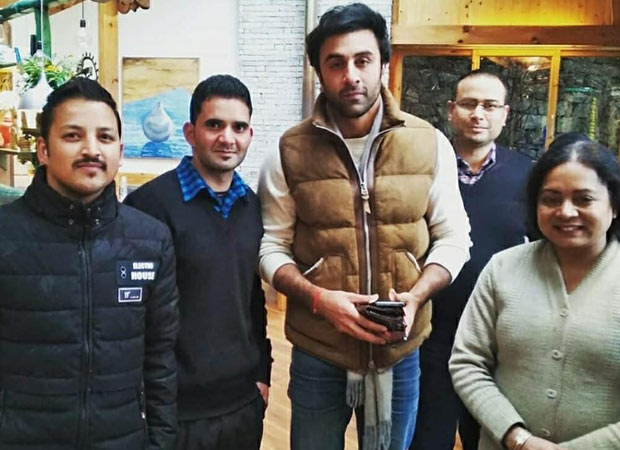 We came across a few pictures of Alia and Ranbir, posing with fans, at a cafe in Manali. Ranbir is seen sans the arm sling and looks fit and fine! Good to know that he is back to work after healing the injury.

The actors, earlier, was greeted with a warm and traditional Himachali welcome by locals, upon arriving in Manali. They were also joined by Amitabh Bachchan, who has a pivotal role to play in the film! Brahmastra is slated to release in summer 2020.

Meanwhile, Alia is also working on Sadak 2, which marks her first collaboration with father Mahesh Bhatt. Ranbir, on the other hand, will be seen in the action-adventure film Shamshera alongside Vaani Kapoor.