Abhishek Bachchan, who had not faced the camera for over two years since Housefull 3, was pretty nervous and excited about starting his next film, Manmarziyaan. The film, which is directed by Anurag Kashyap and stars Taapsee Pannu and Vicky Kaushal in the lead, is being filmed in Punjab and Kashmir. Now, it is finally a wrap for Abhishek Bachchan on Manmarziyaan. 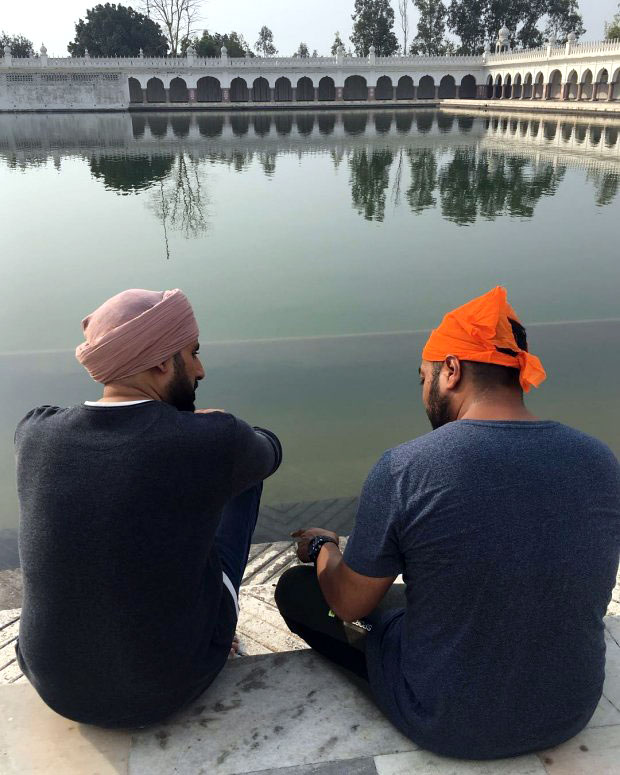 Abhishek Bachchan, on Tuesday, took to his Instagram share an image of him sitting in his turban look with director Anurag Kashyap. The actor revealed his character name is Robbie in the heart-warming post and hoped that he did justice to the character and that audience, hopefully, lives the characters. He wrote, "Making a movie is a journey. The best thing about films is, the journey will always live on forever. As this part of the journey of #Manmarziyaan comes to an end.... Thank you @anuragkashyap10 for entrusting me with Robbie. I hope I can repay your trust, belief and faith in me. I hope I make you proud. And as and when you look back on this journey, my victory would be if you smile.... To my beautiful co-actors, Thank you! Especially the two mad hatters @taapsee and @vickykaushal09. Stay real, stay mad and mostly.... STAY PUNJABI!! @kanika.d you wrote it, we acted it. Let's hope our audience lives it! Thank you for your constant encouragement. I can't even begin to tell you how much it helped. To such an awesome crew- Thank you for being so kind. Aap sab ke saath " hum to udd gaye"!! #TakeTwo."

Vicky Kaushal and Taapsee Pannu play love interests in the upcoming film, Manmarziyaan. Directed by Anurag Kashyap and produced by Aanand L Rai, Manmarziyaan is slated to release on September 7, 2018.