Back in 2008, Abhay Deol played Lovinder 'Lucky' Singh in Oye Lucky! Lucky Oye! The film was a decent success and demonstrated a new facet of Abhay's acting talent where he displayed his comic side to the fullest. As a conman, he was quite impressive on the big screen. Though he did quite a few films across varied genres in decade to come, an out and out comedy is something that was missing from his repertoire. 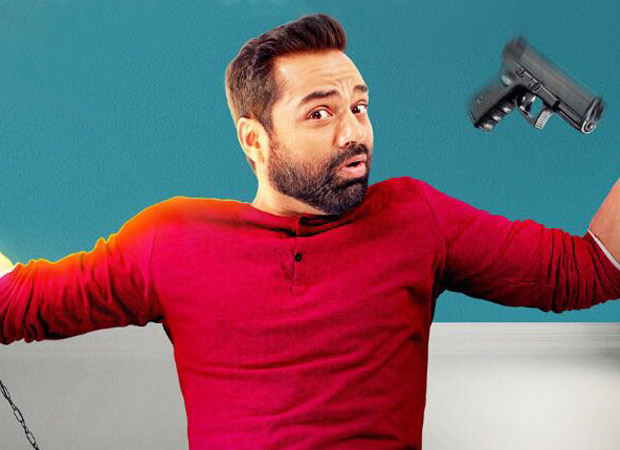 Circa 2018 and he is now returning with a full blown comedy, Nanu Ki Jaanu.

"For those who have been waiting to see Abhay shed his inhibitions and be a complete riot, Nanu Ki Jaanu is the film," says a close associate, "He has totally surrendered himself to the genre. In any case he is a natural actor and stays on to be truly real when the director calls 'action'. When it came to Nanu Ki Jaanu, he had to stay true to his character of a man who is trapped in his own house due to presence of a 'bhoot'."

However, unlike Ram Gopal Varma's Bhoot where all the inhabitants of the house were taken for a truly horror ride, Nanu Ki Jaanu has laughs and gags filling up the narrative.

"This is what makes the film special for Abhay since even the stereotypes associated with horror are presented in a comic manner," our source adds, "Instead of all the scary sounds or screeching windows or crackling doors that you typically see in a horror film, Nanu Ki Jaanu has hilarious props filling up the frames."

This is where Abhay Deol's flair for comedy comes into picture.

"After Happy Bhag Jayegi, he waited for the next best film to come his way. Yes, Happy Bhag Jayegi was a good success and Abhay could well have capitalized on the film's success by signing multiple projects. However, he wanted his next to be something special and this is what he saw in Nanu Ki Jaanu. Other than the fact that the very title of the film brings a smile on the face, it is the humor quotient of the film which caught Abhay's attention. Every 10 minutes of the film there is something special that unfolds; you would see Abhay having loads of fun enacting his part."

We would like to see audiences having as much fun as well when the film releases all over this Friday.