On November 1, Bollywood actress Aishwarya Rai Bachchan turned a year older. Grabbing the opportunity to shower some love on her, her actor-husband Abhishek Bachchan took to his social media handle and shared a monochrome portrait of her. Along with it, he also wrote a brief but adorable caption. 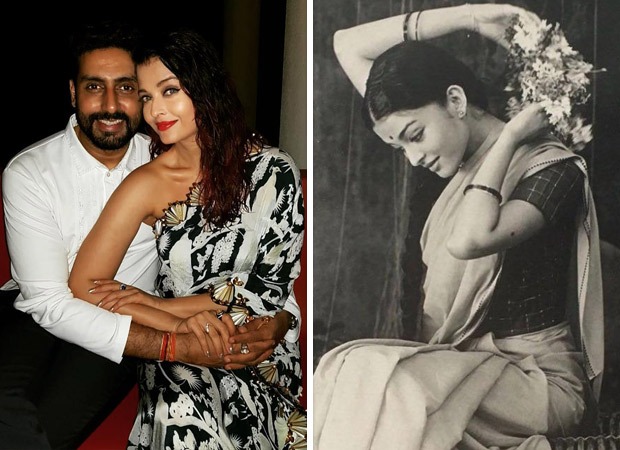 In the image, the former Miss World can be seen sporting a saree. She appears to be arranging flowers in her hair as she sits on a cane chair outside. She completed her Indian girl look with minimal makeup and a bindi on her forehead.

As soon as Jr Bachchan shared the birthday post on his social media, his fans started pouring wishes for the actress. “Many Happy Returns of the day Aishwarya Ma'm Stay Blessed Always You are incredibly beautiful... inside and out,” one fan wrote, while another added, “Thanku so much for sharing this sweet image with us AB.” Another user added, “She is lucky to have you.”

Aish was recently seen in the Tamil-language epic historical action-drama film titled Ponniyin Selvan: I, which was released on September 30, 2022. The actress earned praise for her performance in the Mani Ratnam directorial. The ensemble star cast of the film also featured Vikram, Jayam Ravi, Karthi, Trisha, Jayaram, Aishwarya Lekshmi, Sobhita Dhulipala, Prabhu, and R. Sarathkumar, among others.

Before that, she had made headlines for her performance in Rajkummar Rao starrer Fanney Khan. She was seen playing the titular character of a singer in the 2018 release.