The first look poster series of '83 is receiving a great response amongst the audience. The latest poster features Addinath M Kothare as Dilip Vengsarkar and it is as great as all the posters released so far. Known for his fierce batting style the bowlers used to call the former cricket legend Dilip Vengsarkar as 'Colonel' as he had his own charisma on the field. 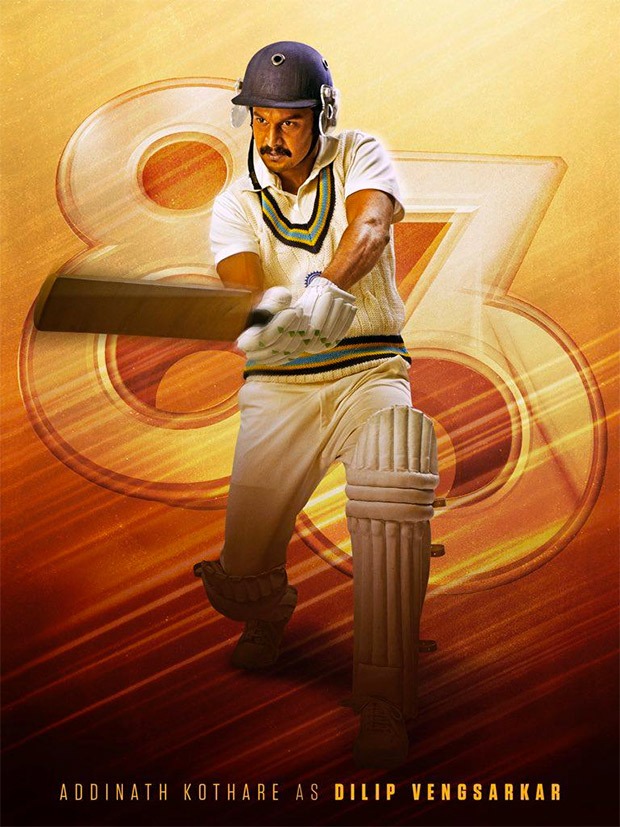 Ranveer Singh also took to his social media and shared the latest poster, “THE COLONEL !!! The finest exponent of the drive and the finest gentleman cricketer... Presenting @adinathkothare as DILIP VENGSARKAR."

Touted to be the biggest sports film of all time, '83 is being co-produced by Madhu Mantena, Sajid Nadiadwala and Reliance Entertainment. The movie is all slated to hit the screens on 10th April 2020.