The power couple Ranveer Singh and Deepika Padukone are enjoying their marital bliss. The couple, who have starred together in four films, are busy with their individual projects. But, all the wishes of DeepVeer fans will come true sooner than ever. As it turns out, there were rumours that Deepika Padukone has been approached to star in Kabir Khan's 1983 World Cup biopic film '83.  The rumours have been rife that makers had approached Deepika to essay the role of Romi Bhatia, Kapil Dev's wife in the film. So, the real-life married couple will essay the role of a married couple onscreen as well. It was only confirmed recently that the actress is indeed a part of the film. 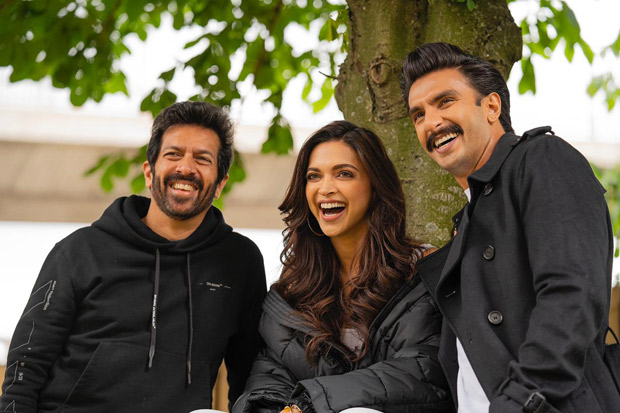 ’83: Deepika Padukone joins Ranveer Singh as his reel wife in Kabir Khan directorial and the photos are priceless

An elated Ranveer Singh, on Wednesday, shared the happiest pictures with wife Deepika Padukone who is all set to star as his reel wife in the film. Director Kabir also joined them as the trio shared many candid moments together. Ranveer wrote, “*drum roll* All smiles as All-star @deepikapadukone joins the #83squad !!! @83thefilm @kabirkhankk.”

The actress is also seen goofing around with Ranveer while almost hitting him with a bat. “Story of my Life ???? Real & Reel ! @deepikapadukone,” he wrote.

Ranveer Singh starrer, '83 is set to release on the 10th April, 2020 and is going to be the first tri-lingual release for both, Kabir Khan and Ranveer having being released in Hindi, Tamil, and Telugu.

Ranveer Singh and Deepika Padukone got hitched on November 14 and 15, 2018 in two different ceremonies in Italy. They have starred in three Sanjay Leela Bhansali films - Ram Leela, Bajirao Mastani and Padmaavat and Homi Adajania's Finding Fanny.

Meanwhile, Deepika Padukone will be starring and co-producing Meghna Gulzar’s next directorial Chhapaak, a biopic based on acid attack survivour Laxmi Agarwal.