1. Did you know that the original choice for the title role was not Deepika Padukone? It was Parineeti Chopra. Shoojit went to Parineeti to play the Big B’s beleaguered daughter in Piku. But PC Jr argued she was already doing a father-daughter film Daawat-e-Ishq. Director Shoojir Sircar shrugged and rang Deepika’s doorbell. As luck would have it, Daawat-e-Ishq bombed. Piku was a cult success. Daane-daane pe likha hota hai khane wale ka naam. Same goes for roles. 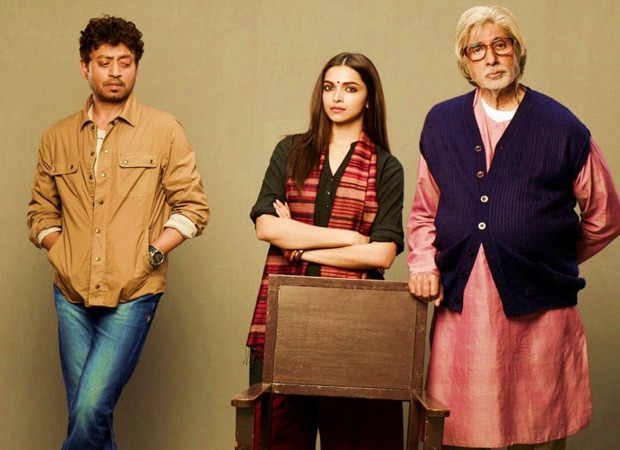 2. Irrfan Khan who played Rana Chowdhary preferred Shoojit Sircar over Ridley Scott. In 2014 Irrfan opted out of the Ridley Scott sci-fi spectacle The Martian which later released to raves. Ridley Scott is the director of such futuristic classic blockbusters as Alien and Blade Runner. Irrfan had told me, “Yes, I was offered The Martian. The director Ridley Scott and I met. I had a memorable conversation with him. What an inspiring man and talent. He is so many things at the same time and yet he told me he had seen my Lunchbox. I asked him how he could find the time to see films after being a producer, director and so many other things. He said films like Lunchbox were his bedtime stories. Can you believe it?” Speaking of the role that was offered to him Irrfan had said, “It was that of a NASA scientist. While Matt Damon was in outer space my character was very much on earth. But meri baatein hawa mein ho rahi tthi (but I was talking in the air).”

3. Deepika learnt Bengali to play the character Piku Bannerjee. Not that she had to speak much Bengali. But whenever her character was agitated she was required to break into Bangla. Deepika didn’t want to appear fake when breaking into Bengali. Director Shoojit and his wife helped her with her accent and diction. But there was also a proper voice coach on the sets.

5. Moushumi Chatterjee who played the chatterbox aunt Chobi Mashi returned to Hindi cinema after 8 years. She was persuaded by Shoojit who is a big fan of the actress. She didn’t know his work. So she watched Vicky Donor and Madras Café. He told Moushumi he would scrap the role if she didn’t play it. I doubt that’s true. But Shoojit got what he wanted.