5 years ago, on this day, that is, on August 30, 2016, at 8:34 PM IST, Red Chillies Entertainment posted an exciting tweet that was lauded by the fans and industry alike. It officially made it clear that Shah Rukh Khan’s next with director Aanand L Rai, later titled Zero, was indeed happening. The release date of the film, December 21, 2018, was also given out with this tweet. Shah Rukh’s reply to this tweet was “This one is most special to all of us. And the title is too sweet. Wait for it”.

This one is most special to all of us. And the title is too sweet. Wait for it.
https://t.co/MTRAVuUGFy

As promised, Zero did release on December 21, 2018. It also featured Katrina Kaif and Anushka Sharma and depicted the adventures of a mischievous midget from Uttar Pradesh to space via Mumbai and NASA. A lot of excitement was generated by this film due to SRK’s presence and the stunning VFX. However, the film fell badly on the script front. The opening was decent, though not satisfactory. However, the word of mouth was mixed and hence, the film failed to even cross the Rs. 100 crore mark. This was not good news for a film that probably was made at a cost of more than Rs. 200 crores.

The debacle of Zero affected Shah Rukh Khan and he went into an introspection mode. He also took a lot of time in selecting his next film. Reportedly, he rejected nearly 20 scripts, many of which were backed by reputed directors and producers. In October 2019, news started coming in that the superstar was in talks with the popular South director, Atlee, for his out-and-out masala entertainer. Bollywood Hungama was one of the first ones to break this exciting news. Then some days later, reports emerged that he has also signed a film of Raj Nidimoru and Krishna DK, popularly known as Raj-DK. The director duo confirmed it in interviews. Then there came news that SRK will work with blockbuster filmmaker Rajkumar Hirani in his next. 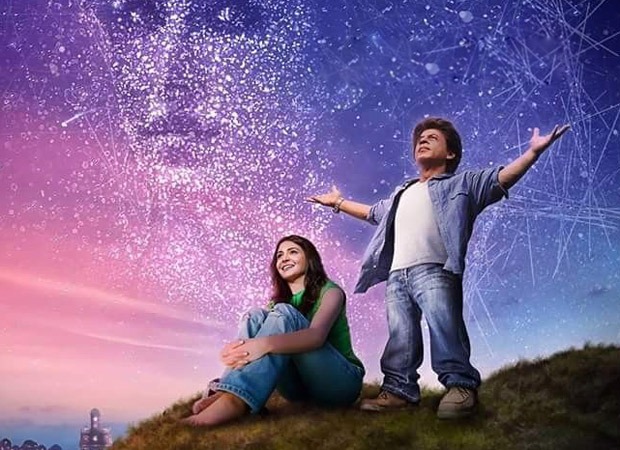 Last year, fans of Shah Rukh got a sweet surprise when confirmed reports emerged that the actor will be seen in and as Pathan, a grand action entertainer backed by Aditya Chopra’s Yash Raj Films (YRF) and directed by War (2019) director Siddharth Anand. SRK was joined in this film by Deepika Padukone and John Abraham. What enhanced the hype was that Pathan is a film that belongs to YRF’s spy universe and that the character of Tiger (essayed by Salman Khan) would have a cameo in this biggie. In November 2020, SRK began to shoot for this film. His long-haired look got leaked and broke the internet.

So one can see that Shah Rukh Khan is doing 3 films for sure (Raj-DK’s film reportedly is on the backburner). But sadly and shockingly, the superstar has officially announced not even a single film of the three films! One can understand the reason for not announcing Pathan as Aditya Chopra plans to announce his upcoming films in a grand fashion in cinemas as part of YRF’s 50th anniversary celebrations. Since theatres got shut by the time the announcement was supposed to happen, the plan has been indefinitely delayed. But one wonders why Shah Rukh hasn’t announced Atlee’s next and Rajkumar Hirani’s film. Both films are produced by his own production house, Red Chillies Entertainment. And as per the latest reports, Atlee’s film will go on floors as early as next month.

Hence, it’ll be great if Shah Rukh Khan would at least announce one out of these three films. 5 years or 1825 days is a long time and now that SRK is already working on multiple fans, his fans deserve to have an official confirmation about these projects. It’ll also create a craze in the industry and trade which would further motivate Shah Rukh. In short, it’ll be a win-win situation for all.

Also Read: Rajkumar Hirani locks the script of his next with Shah Rukh Khan; casting begins!