K-pop continues to dominate the conversation on Twitter globally, even during unprecedented times. Fans turn to Twitter to connect with their favorite K-pop artists and the #KpopTwitter community around the world. The rise of #KpopTwitter continues to reflect in conversation volumes, and over the last year between July 1, 2020, to June 30, 2021, there were 7.5 billion Tweets about K-pop, setting yet another record for the most number of Tweets annually related to K-pop. 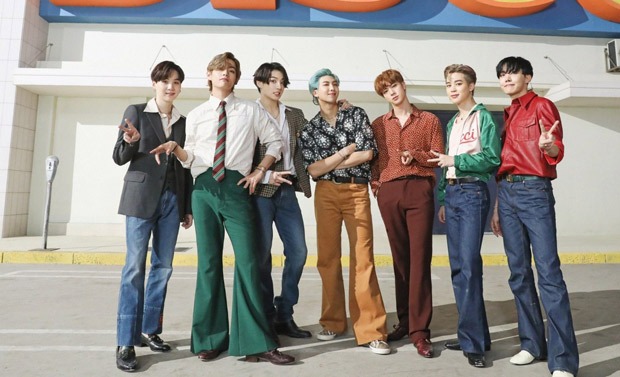 Yeon Jeong Kim, Head of Global K-pop Partnerships at Twitter, said, “Whether they are global powerhouses or emerging stars, K-pop fans are talking about and engaging with their favourite artists regularly on #KpopTwitter. Culturally, we have seen the phenomenal rise of K-pop across the world, but this trend is not new on Twitter as we have experienced the growth in conversation first-hand. We will continue to work with artists and their labels to bring more content for the K-pop community.” 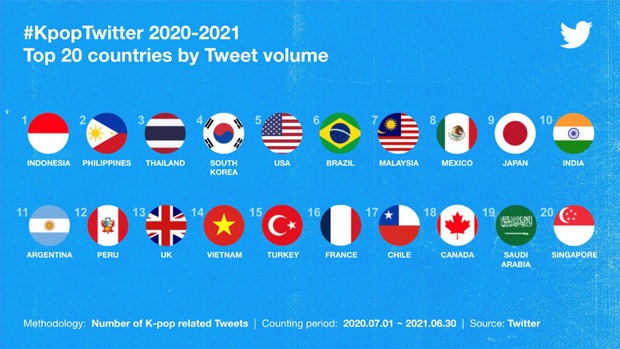 From the Asia Pacific to South America, the global K-pop fanbase continues to grow on Twitter. Indian #Kpop fans continue to make strides with the 10th spot as the country with the most number of people Tweeting about K-pop.

Passionate and vibrant #KpopTwitter conversations continue to reverberate around the world as K-pop fans connect with each other. With the #Kpop wave-making tides across the country, India stands at No. 10 among the countries Tweeting the most about #Kpop. 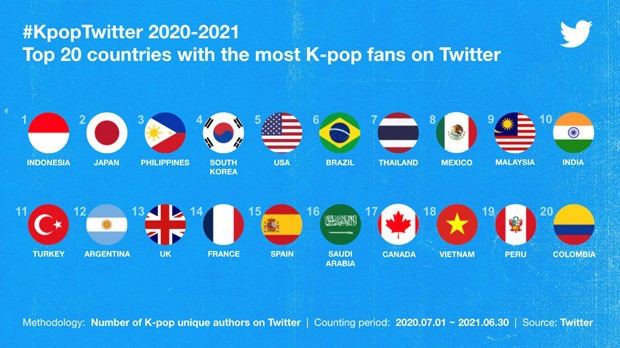 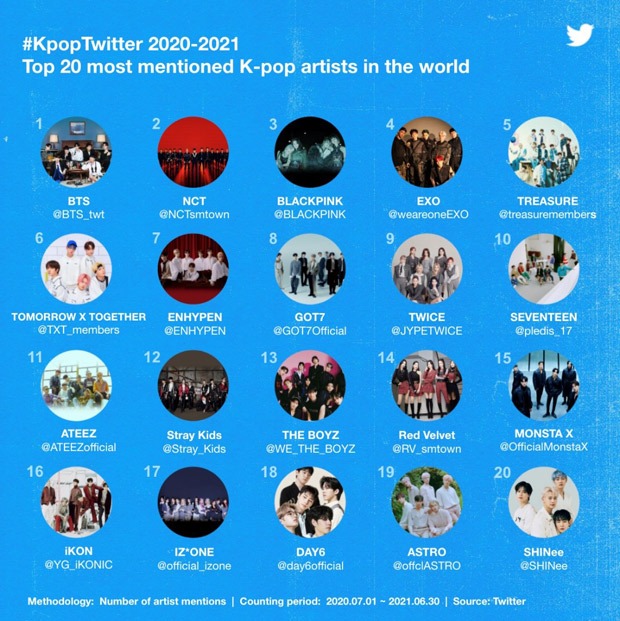 NCT, BLACKPINK, EXO, TREASURE, TOMORROW X TOGETHER, ENHYPEN, GOT7, TWICE, and SEVENTEEN are in the top 10 most talked-about K-pop groups in the world. BLACKPINK and TWICE are the only female groups in top 10 list. Female groups Red Velvet and IZ*ONE take No. 12 and No. 17 spots, respectively. ATEEZ, Stray Kids, The Boyz, MONSTA X, IKON, DAY6, ASTRO, and SHINee are in the top 20 most mentioned K-pop groups in the world.