Last Updated 25.09.2021 | 4:05 PM IST
feedback language
follow us on
Bollywood Hungama » News » Bollywood Features News » 5 Times Birthday boy Abhishek Bachchan was the SASSIEST in the room or rather the internet

Abhishek Bachchan turns 43 today and for us, he has just turned a year sassier! Being the son of one of the legends of Bollywood, you are bound to have more trolls than fans. Abhishek may not have had a career full of blockbusters, but when it comes to trolls or even his friends, his replies are best served with a dash of sass. Social media has always been a mix of safe space and a pain in the backside. While there are some from the industry who choose to ignore and sulk, there are some who give a fitting reply to these trolls. Abhishek Bachchan is surely one of those beings who does not hold back on his point of view. 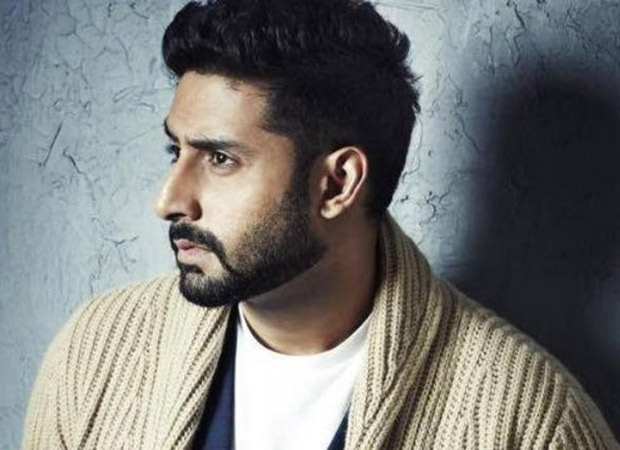 Besides being the perfect family man, Abhishek is also a popular movie star. From standing up for his darling daughter, to being the typical younger brother who pulls his sibling’s leg, Bachchan Jr. has left us with fits of laughter with his wit and humor.

Check out the 5 times when Abhishek Bachchan was at his sassiest best...

1. When he conveniently shut his older sister Shweta Nanda Bachchan up, in fun of course, for interrupting his Rapid fire round on Koffee With Karan 6. All the younger siblings did a mini-wave mentally to appreciate Abhishek! 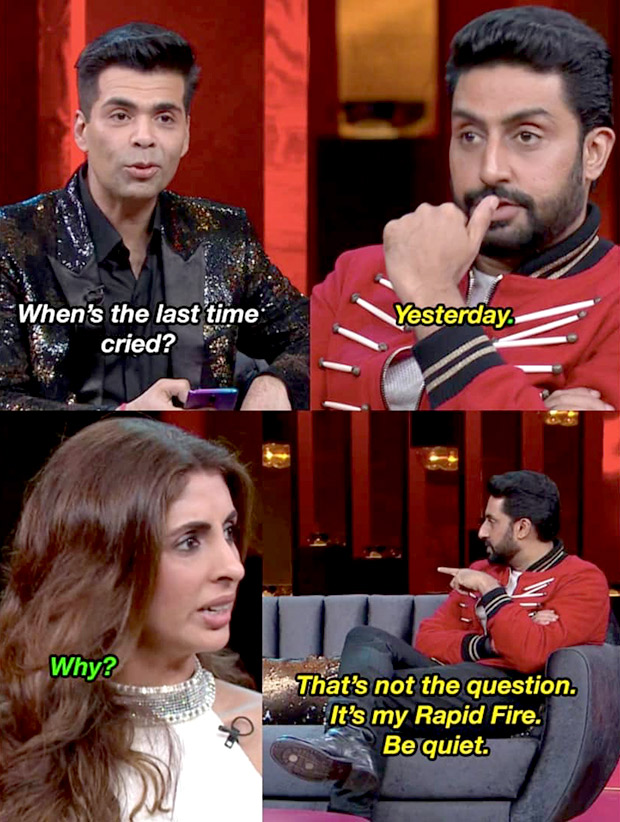 2. When he beautifully managed to make Kamaal R Khan look like the idiot. Kamaal called Aishwarya Rai Bachchan and Abhishek the only two actors in Guru and their banter on Twitter is worth reading! 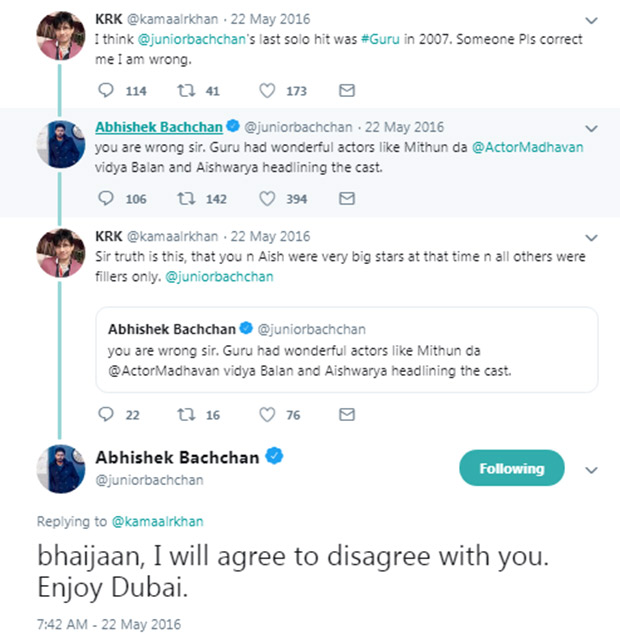 3. How can we possibly forget the time Abhishek called Karan Johar out for being over-effusive about the rapid fire round on his show! AB literally asked KJo to calm down and put all our feelings into words. All hail the sassmaster! 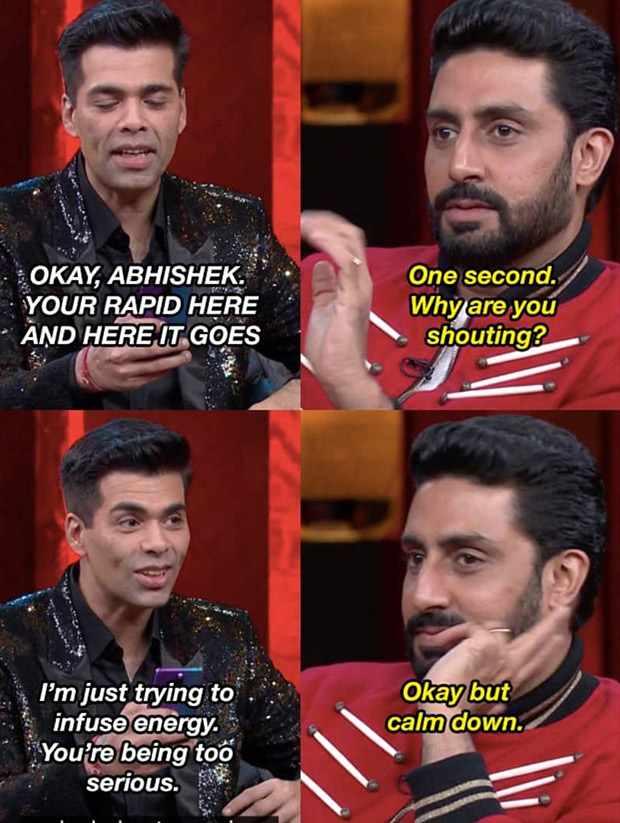 4. Throwback to when Abhi showed this meme account on Twitter who Shehenshah’s son is! He earned a lot of appreciation for showing the trolls their place. The trolled posted a rhetorical question asking himself why he is still following Abhishek on Twitter and Junior's reply was just hilarious! 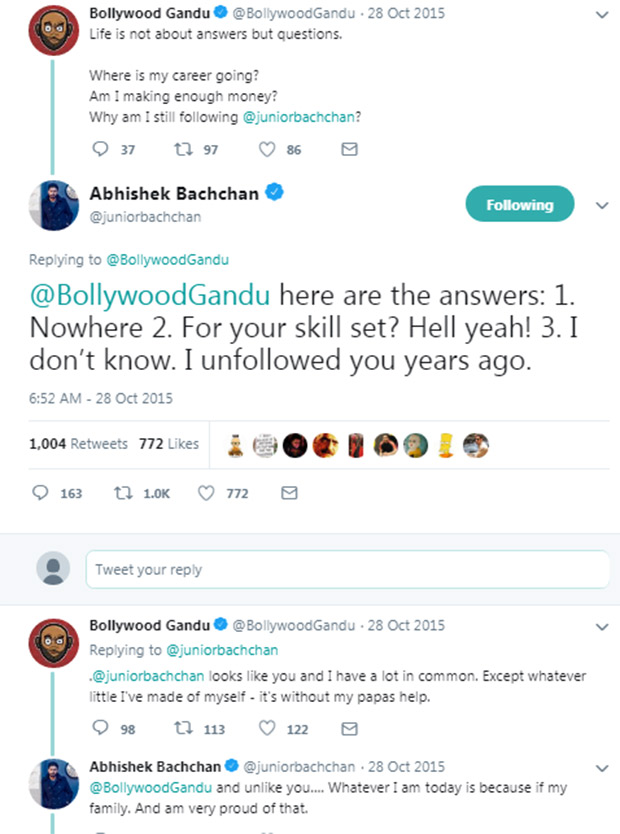 5. And lastly, when Abhishek clearly represented every sibling ever who had to share their things on a daily basis! He was literally the most relatable star at that moment and left the audiences rolling with laughter! When Karan asked Shweta if she ever won the famous hamper, his reply was literally every sibling tired of sharing their things with each other!

Happiest birthday, Jr. Bachchan! May you celebrate many more birthdays and may you grow sassier with each one passing. We are truly grateful for your humour and punchlines. On the work front, Abhishek has been approached for the remake of the French classic, Nuit Blanche.

Don’t forget to tell us your favorite Abhishek Bachchan moment!