Amitabh Bachchan and Rekha have been Bollywood’s favourite couple both on and off screen. Rumours about their alleged relationship can never get old. Amitabh – Rekha liaison is one of the top topics of the Bollywood grapevine and it will continue to remain that way. Their onscreen chemistry and theories of their unrequited love is every romantics’ pet subject and why not? Both Amitabh and Rekha have been public figures and very legendary actors who ushered in the Golden Era of the Indian Cinema. While Amitabh still is seen a lot on the big screen, Rekha has always been a little elusive and there is a certain kind of mystery attached to her. She made a rare public appearance at the annual Dabboo Ratnani calendar launch last week and made headlines because she promptly stood near Amitabh’s portrait before realising where she was standing. She quickly turned around, realised she is in front of his picture and moved away blushing. This of course left the internet in a tizzy as the video went viral on social media. Aside from this, the two have been spotted under one roof many times and have been cordial with each other but nothing more. 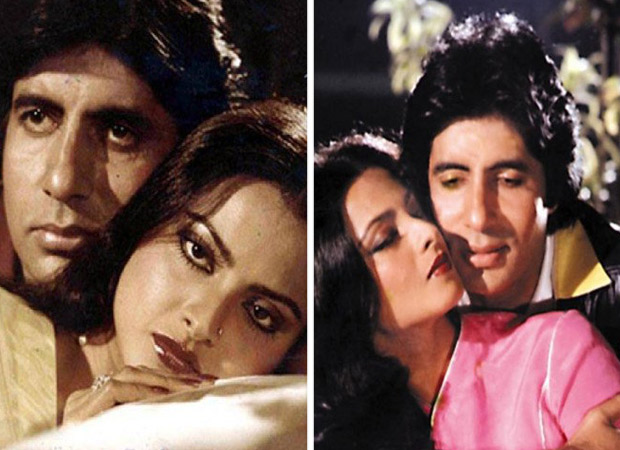 Not too long ago, Rekha managed to grab headlines by talking about Amitabh Bachchan, indirectly confirming but still maintaining a guarded silence about their so called affair. Here are a few times where she opened up about Mr Bachchan. Here is what she said…

Rekha in her interview to Filmfare about more than two decades ago had said that Amitabh need not come out in open about his relationship. She boldly said, “Why should he have not done it? He did it to protect his image, his family, his children. I think it is beautiful. I don't care what the public thinks of it. Why should the public know of my love for him or his love for me?”

More than a decade ago, Rekha was pointedly asked by Simi Garewal on her show about Amitabh being a married man and her love towards him, regardless. She had gushed, “The fact that he was a married man doesn’t make any kind of a difference. A rose is a rose. A human being is interesting, period. I want to have the honour of being associated with this person so what is stopping me? I’m not here to ‘break’ his home so to speak. I’m here to be one of the lesser mortals who can just have a whiff of him and feel happy.”

On the same interview to Simi, Rekha said that she won’t even claim that she has ‘friendly or platonic feelings towards Mr. Bachchan. She had said, “Absolutely. Duh, that’s a dumb question. I have yet to come across a single man, woman, child who can help but fall completely, passionately, insanely, desperately, hopelessly in love with him. So why should I be singled out? What do I deny? I’m not in love with him? Of course I am. Duniya bhar ka love aap le lijiyega and add some more – I feel that for that person. Bottomline.” She added, “I see him lots at functions. He’s a very sweet human being and his memory is very sharp. That one Namaste says it all.”