One of the finest films Indian film industry has seen is Satya by Ram Gopal Varma. It is undoubtedly one of the best works of the filmmaker. The film starred JD Chakravarthy and Urmila Matondkar in the leading roles whereas Manoj Bajpai, Saurabh Shukla, Shefali Shah were seen in pivotal roles in the film. One may remember the song 'Goli Maar Bheje Mein' which had become a rage. 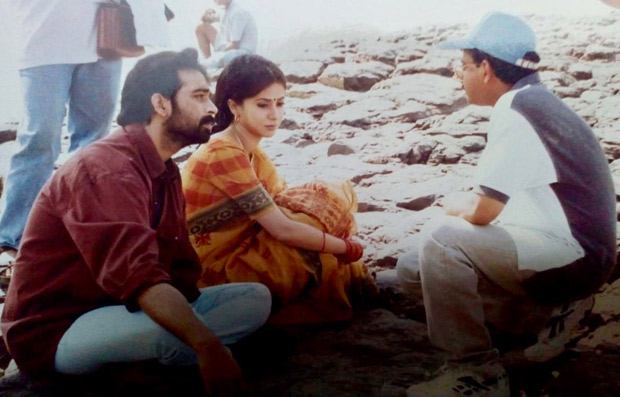 On the 21st anniversary of the film on June 3, Ram Gopal Varma shared an unseen photo with JD Chakravarthy and Urmila Matondkar while he was explaining the scene to them. The scene looks it was shot at Marines in Mumbai. "21 years of SATYA ..Hmmmmm!," he wrote.

Manoj Bajpayee also thanked the filmmaker and tweeted, "He tweeted “One man and his conviction….we all followed his vision…thank you @RGVzoomin."

Satya was superhit in Telugu and also in Hindi. The performances in the film were highly applauded.