Ram Gopal Varma seems to creating stir more than often these days, courtesy his social media account. The filmmaker seems to have rubbed many celebrities the wrong side. While some have reacted, some others have maintained silence. From creating controversies over his own films to making comments, the filmmaker has now been embroiled in another such controversy. He ended up commenting on the looks of the Allu Arjun family which hasn’t gone down well with many fans. This time around, he has irked the wrath of fans who now seem to mercilessly troll him on the same platform for the same. 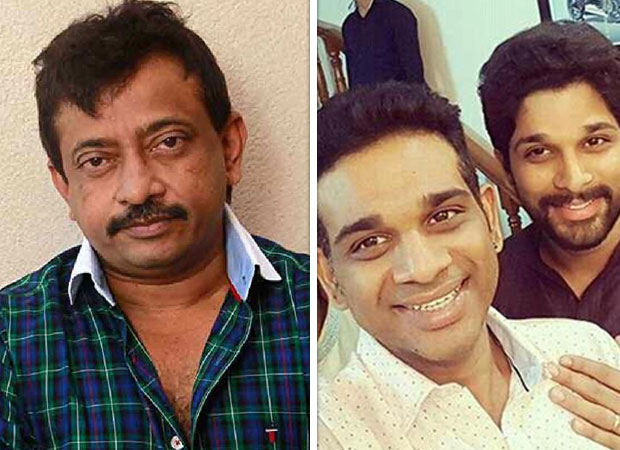 It seems that Ram Gopal Varma recently Allu Arjun’s brother, Allu Bobby and expressed his lining towards him. But he didn’t end there; he asked why Allu Bobby doesn’t act in films because he looks more man than anyone else in the family. It was the comment that the filmmaker made on someone’s looks that invited the wrath of fans. Many netizens felt that he shouldn’t have made these comments on someone’s looks.

Here’s a glimpse of the post shared by Ram Gopal Varma:

Just happened to see Allu Bobby and I am shocked why he’s not on the screen because I frankly think he looked more of a man than any other man in the whole of the mega stylish power family ..Why???????????????

Here’s how fans responded to it:

He probably thought, when RGV, who is more manly than him, is not on screen, why him? But under ur direction, he would have been
Mega stylish power star ????

Just happened to think about RGV and I am shocked why he’s not on the screen because I frankly think he looked more of a badass than any other man in the whole of the RGV Hindi_Telugu Movies ..Why???????????????

He is the drinks boy to the mega kapu cricket team

Also Read: Revealed: After Sanju, another biopic on Sanjay Dutt is in the making and it will be directed by Ram Gopal Varma