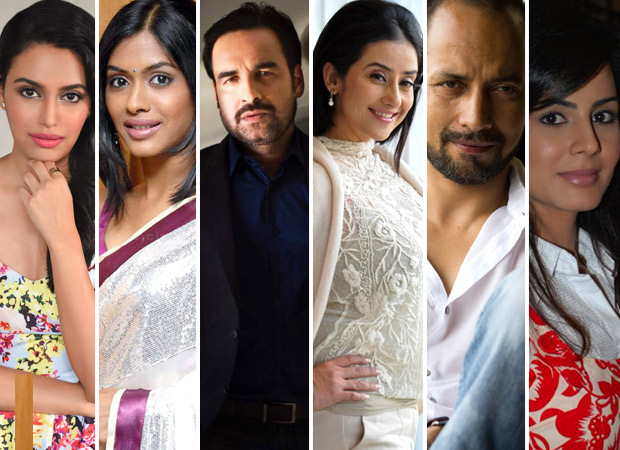 So okay. We all know Irrfan Khan and Rajkummar Rao did exceedingly well in 2017, and Varun Dhawan hit the ball out of the park. We also know the OBVIOUS performances that slayed it…Swara Bhaskar in Anaarkali Of Aarah, Zaira Wasim in Secret Superstar, Dulquer Salman in Solo, Rajkummar Rao in Trapped…What about the performances that were submerged in the seas of see-not, hear-not, want-not?

1. Manisha Koirala in Dear Maya: Debutant director Sunaina Bhatnagar's underrated film featured Manisha in her comeback role as a woman betrayed in love and redeemed by compassion. Koirala brought all the pain of her recent brush with mortality into her role. She reminded us of her performances in Khamoshi: The Musical, Dil Se, Bombay and 1942: A Love Story…all this and more. Catch this unseen gem of a performance at home.

2. Nagaraj Manjule in The Silence: It takes courage to play a paedophile, and a child rapist. Filmmaker Nagaraj Manjule realized, someone has to do the dirty job. And he does it with such intense passion and such persuasive misogyny you forget this is just acting. Chilling is the only way to describe the most intense villainy seen in Indian cinema during 2017.

3. Kriti Kulhari in Indu Sarkar: Stammerers seemed to be out of luck in 2017. Ranbir Kapoor's stammering in Jagga Jasoos went unappreciated. Kriti Kulhari as a poet and housewife standing up against the excesses and atrocities of Indira Gandhi's Emergency redefined intensity with her subtle portrayal of a halting speaker in a country rendered voiceless. This is a performance that deserved a lot more.

5. Akshay Oberoi in Gurgaon: Steely cunning angry red-hot evil…that was what this Oberoi, a cousin of the languishing Vivek Oberoi, portrayed in this corporate why-dunnit. Akshay's Shakespearean mechia-villain had us numbed with horror and disgust. This was a ruthless go-getter who wouldn't stop at anything. One could see the famished actor going for it with all he has got.

6. Rasika Duggal in The School Bag: In Dheeraj Jindal's short film based on the terror attack on school children in Peshawar Rasika Duggal brings to the screen the profound love of a mother who wants her son to be happy .She hides a sorrow deep under those smiling eyes. The grief jumps to the surface at the end. Rasika was again fabulous as an abandoned wife and single mother facing that bitch called Life with a smile in Tu Hai Mera Sunday.


7. Shahana Goswami in Tu Hai Mera Sunday: So here's what. Great performances in unsuccessful films are like memorable melodies played in a vacuum. No one pays any attention. Shahana as a working girl coping with a wandering father afflicted with Alzheimer's brought such honesty and spunk to her role. In a sequence where she reprimands her lover for not professing his love Shahana pulled out all stops as only a skilled actor like her can.

8. Anjali Patil in Newton: There was the Nutan. And there is the neo-Nutan in Newton. Anjali Patil as the tribal girl Malko struggling to break free from the prejudices that have kept her community from progress, conveyed all the pain anger and expectancy of an oppressed social order. She was presentational yet an individual.

10. Deepak Dobriyal in Hindi Medium: Everyone rightly went ga-ga over Irrfan. But think for a moment about the actor who played the slum dweller who dreams of sending his son to a good school; Deepak's eyes conveyed hope and hurt in equal measures. This was a performance waiting to explode on us.

"I want to explore because I think the more…