It's been two years since Shahid Kapoor and Kiara Advani starrer Kabir Singh released on the big screen. The film turned out to be one of the biggest blockbusters that year and clearly, the biggest film in Shahid's career. The actor was seen as an aggressive, possessive lover in the Arjun Reddy remake helmed by Sandeep Reddy Vanga. 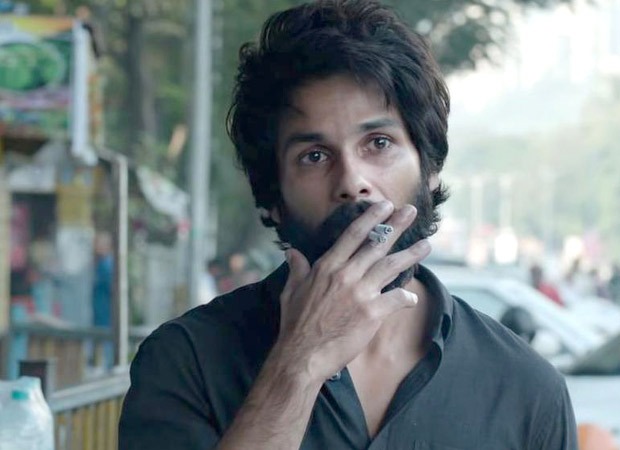 On Monday, June 21, Shahid Kapoor went live on Instagram and talked to the fans about his film. The songs were quite popular, Shahid's performance was appreciated though the film received massive reaction for glorifying toxic relationships. Speaking to his fans, Shahid said, “It’s been my most loved film and one of the most important films of my life, if not the most important. I want to thank my fans for making my most flawed and broken character my most successful character ever.”

Shahid revealed that adapting to the personality of Kabir Singh was challenging compared to the physical aspect. “I had a hard time while shooting Kabir Singh because I had to play an alcoholic and somebody who is into substance abuse. I had to smoke beedis and I was a father coming back to my kids. It was challenging as there were different looks and headspaces to Kabir Singh. We tend to give importance to physical changes in actors. That’s an easy part to do. The difficult part is to get into the character’s heart and soul and try to understand why they are doing something. To get into the head of a guy who is erratic, aggressive, violent and emotional was challenging,” Shahid said.

When asked by a fan how different he is from the character, he responded, “I am not violent. I can’t straight up go and talk to a girl like Kabir does. That’s not in my personality. I am pretty shy around girls.” There is one thing, however, that Shahid revealed he and Kabir Singh had in common. “He is not social, which I can relate to a certain degree, because I am told I am not social.”

Shahid Kapoor revealed that he was impressed by Vijay Deverakonda's performance in Arjun Reddy. He said, “I was fascinated by the filmmaker and the fact that someone told a love story which was unconventional. We make more safe love stories about nice people. I found Arjun Reddy raw and real.”

The actor credited his wife Mira Rajput for asking him to sign the film. “Mira loved the film. In fact, she told me repeatedly to do the film as she thought I could do it. I wouldn’t have been able to do the film without her love and support like I can’t imagine doing anything in life without her,” the actor said in the video.

On the work front, Shahid Kapoor will be seen next in Jersey, a remake of Nani's film with the same name. He will star in digital series helmed by The Family Man creators Raj Nidimoru and Krishna DK.

ALSO READ: Triptii Dimri to be the leading lady of Shahid Kapoor’s next with Sujoy Ghosh