1. Tamil superstar Dhanush made his Hindi-screen debut in Raanjhanaa. He played a North Indian Brahmin fron Varanasi. Everyone thought this was suicidal casting. So did I. Director Aanand Rai convinced me to hold my horses. “You will be the first to tell me Dhanush is perfect for the part.” He was right. After the preview screening that Aanand arranged for me I immediately called him and admitted I was wrong. Dhanush shone as the Brahmin boy (he played a 17-year old at age 30) in love with a Muslim girl. 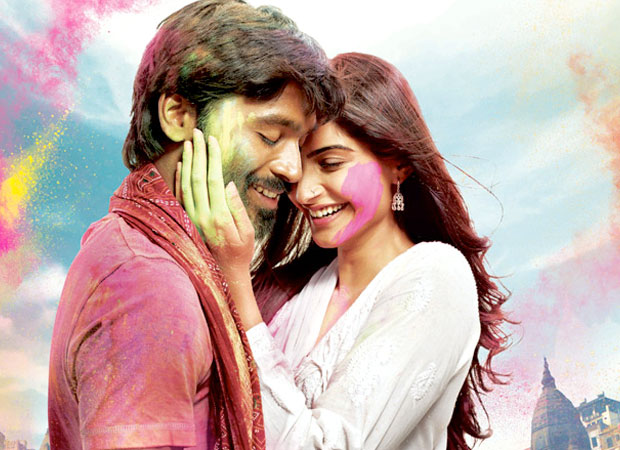 2. Sonam Kapoor and the name Zoya seem inextricably bound. In Raanjhanaa and then again in the silly The Zoya Factor she played Zoya. Sonam was thrilled about her part in Aanand L Rai’s film. In an interview after the release of Raanjhanaa she told me, “I never got to do a role and film like Raanjhanaa. This is the first role since Rakeysh Omprakash Mehra's 'Delhi 6' where I got a chance to create a character from the working-class. "I am not a trained actor. I learned the basics of acting while doing Saawariya with Sanjay Bhansali. So, he was my acting guru," she said. I don't follow any technique. I just flow with my character. That's what I did in Raanjhanaa. I surrendered to my director. It was both exhilarating and terrifying. Because I really didn't know where I was heading,"

3. Raanjhanaa was accused by columnist Shobha De of endorsing stalking. Aanand was livid. “How do I respond to this? I don’t even want to react to an opinion so absurd and myopic. Has she seen Varanasi, felt its pulse? Does she know what the city is all about? Does she understand the feelings of the young in the small cities where two people still cannot go out on a date? There’s a life beyond metropolises that some people who have grown up in the metros cannot understand. And I don’t see the need to explain myself to them. It’s different cultural breeding. In a small town pursuing a girl, until she says yes, is a sign of true love? How I treat the theme of love is entirely up to me. I don’t discuss how she treats love in her books and column. For some people smooching even in public is normal. For my characters even saying, ‘I love you’ is an uphill task. You handle your relationships your way. I’ll treat mine the way I want to.”

4. Released in the year of blockbusters such as Dhoom 3, Goliyon Ki Raas Leela Ram Leela, Chennai Express, Krissh 3 and Bhaag Milkha Bhaag, Raanjhana held its own in spite of no major stars in the cast and a lead actor who was unknown in the cow belt. Dhanush returned to Bollywood two years later for R Balki’s Shamitabh where he spoke in Amitabh Bachchan’s voice. Dhanush returns to Bollywood in Aanand Rai’s Atrangi Re where co-stars with Akshay Kumar.

5. Famously one of the actors in Raanjhanaa Abhay Deol prophesied that history would not judge the film kindly. Abhay was wrong.