Any director who has grown up watching Hindi films dreams of directing the mega star, Amitabh Bachchan, someday. Karan Johar was no exception. However, he had an embarrassing and comical situation the day he was supposed to direct Big B for the first time in his second directorial venture, Kabhi Khushi Kabhie Gham. As the film completes 19 years today, we bring to you the details of the madness that took place on the sets of the song ‘Bole Chudiyan’. 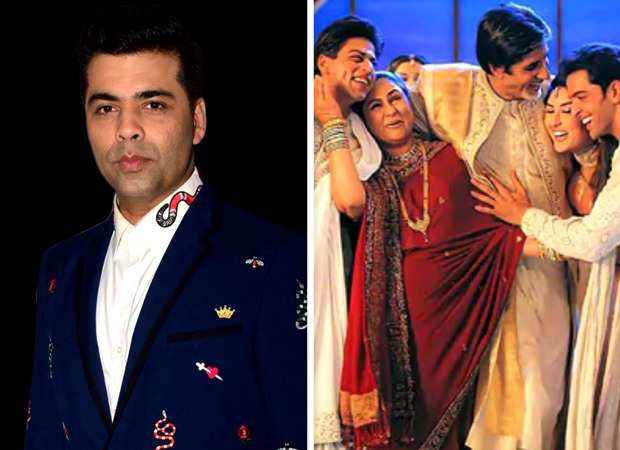 Karan Johar in Rajeev Masand’s audio show ‘Picture Ke Peeche’ revealed that he commenced the shooting of Kabhi Khushi Kabhie Gham with the grand song. When asked the reason behind it, he said, “So the training I had which Aditya Chopra gave me was that you should always begin a film’s shoot with a song because it helps the actors in getting into the graph. And also maybe, it was a part of my showing off process!”

‘Bole Chudiyan’ was one song that stood out in the film. After all, the end part of the track features all the six principal actors of the film – Amitabh Bachchan, Jaya Bachchan, Shah Rukh Khan, Kajol, Hrithik Roshan and Kareena Kapoor Khan. Sadly, the nervousness and his stomach sickness took a toll on him. He revealed, “I fainted and fell on Farah Khan. I may have been responsible for some of her body injuries even today.” Farah Khan was the one who had choreographed the song.

When asked what exactly happened, Karan Johar explained in detail, “I was literally so nervous. It was the third day of the song. I was unwell on the first two days because I was really stressed. I was really hyper and I kept saying, ‘Oh God, I am directing Amitabh Bachchan’! By the time the day came and I knew he was arriving; my stomach had gone for a toss. I had this ‘loose motion attack’! I know it’s TMI (too much information), I am so sorry! I really kept running in and out of the loo. Finally, I think I had gotten so dehydrated, weak and nervous that I walked out of the loo, I just said ‘Farah’ and I fell on her.”

Karan Johar continued, “The next thing I (experience was straight out of a Hindi film). Like you see all dhundla and then you slowly open your eyes, and I thought I saw Amitabh Bachchan looking into my eyes. There was a drip in my hand, there were doctors around in the make-up room and then there was Amitabh Bachchan sitting next to me and saying in his baritone voice, ‘Karan, don’t worry, we’ll dance well. I promise.’ I was fully conscious by then and I said, ‘Yes’. Farah gave me a monitor in the make-up room. The scene with all 6 actors in the song was shot at the time that I was not on the set! I was with my walkie-talkie and monitor in the make-up room. Farah said the day went really well because I was not on the set!”