Hum Aapke Hain Koun (1994) is one of the biggest blockbusters in the history of Indian cinema. However, that it received thumbs down from the industry and trade during its premiere show is now a legendary tale. Interestingly, something similar happened for many who saw Kabhi Khushi Kabhie Gham, which celebrates its 19th anniversary today. It released in the last month of 2001 and the same year, audiences had seen and enjoyed new age cinema and new way of storytelling in films like Dil Chahta Hai, Lagaan, Chandni Bar etc. Kabhi Khushi Kabhie Gham had the presence of actors like Amitabh Bachchan, Jaya Bachchan, Shah Rukh Khan, Kajol, Hrithik Roshan and Kareena Kapoor Khan. Yet, a section of audiences and film industry members found the film too dated, manipulative and melodramatic for their tastes. 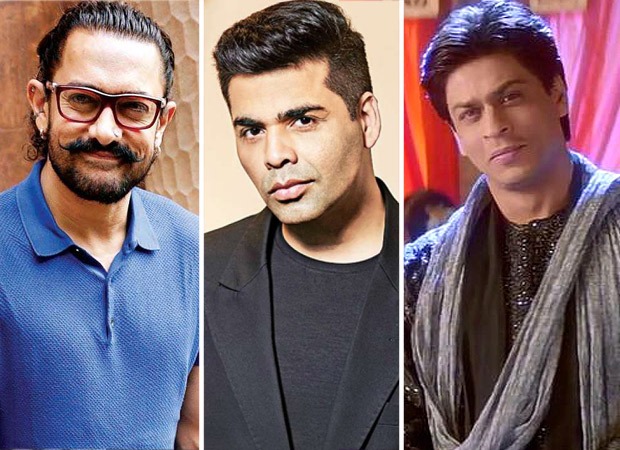 Karan Johar in Rajeev Masand’s audio show ‘Picture Ke Peeche’ has thrown light on this aspect. There were reports that superstar Aamir Khan had run away from the preview of the film. Karan Johar clarified, “Aamir Khan didn’t like the film at all. However, he didn’t run away. He met me and hugged me. It was like a condolence hug! I understand (his reaction) because there was a lot of thinking audiences who I know couldn’t buy the film at all.”

Ashutosh Gowariker, who directed Aamir in Lagaan in the same year, also had reservations with Kabhi Khushi Kabhie Gham. Karan said, “Ashutosh Gowariker was wonderful. He called me to say that the film didn’t work for him at all! He added that he really loved my first film (Kuch Kuch Hota Hai) but he didn’t like this one. We had an honest dynamic. I had loved Lagaan and we had an open chat. But a month later, he called me back and said, ‘Listen, I was so wrong. The film has done so well’. That’s very gracious of him. But at the time of release, it was just heart-breaking.”

He added, “A lot of filmmakers walked out with major question marks. Then there were a lot of youngsters, the ‘cooler gang’ who didn’t like the film. Ayan Mukerji and Aarti Shetty, who are my friends and very close to me, now tell me that when they saw the film, they didn’t get it. Yet, they have seen it 20 times! They all thought that Kuch Kuch Hota Hai was really cool and this one seemed very old-school. That was the year that changed the way we think of cinema. So I don’t blame people for these extreme reactions.”

Thankfully for Karan Johar, the audiences accepted the film and how. Due to the ensemble star cast, songs and due to it being Karan Johar’s second film after the monstrous Kuch Kuch Hota Hai, the excitement for the film was sky-high. It had a record opening of Rs. 2.38 crore. Its domestic lifetime collections were an unbelievable Rs. 55.65 crore.

Even in overseas, it broke many records. Karan Johar stated, “Do you know that the UK (United Kingdom) business of that film is £2.6 million? And there’s only film higher than that, which is, Dhoom 3 (2013). It collected £2.7 million while My Name Is Khan (2010; also directed by Karan Johar) also collected £2.6 million. We are talking of a film that came in 2001 and still nobody has been able to go beyond that figure. There was a crazy love for that film in the diaspora. Not just UK, but everywhere – Germany and the rest of Europe opened up to it; so did the Middle East. The parts of the world which you won’t even ever hear have seen Kabhi Khushi Kabhie Gham. It was released in all kinds of languages. It was dubbed in Indonesian, German, French, Middle Eastern languages etc. There are people who know me just for Kabhi Khushi Kabhie Gham and ‘Koffee With Karan’ and nothing else. Those are the two tall claims to my fame!”

Also Read: 19 Years of Kabhi Khushi Kabhie Gham: “Amitabh Bachchan & I SECRETLY rehearsed for ‘Bole Chudiyan’ so that we can keep up with Hrithik” – Shah Rukh Khan