Often suspense films followed a fixed pattern in Bollywood. The story would unravel gradually and the much awaited twist will take place only in the climax or pre-climax. But Abbas-Mustan changed the rules with their action suspense thriller Race. This exciting flick released exactly ten years ago and gave a roller coaster ride to the audiences. After all, there were far too many numerous twists and turns every 15 minutes, which took the movie going experience to another level! 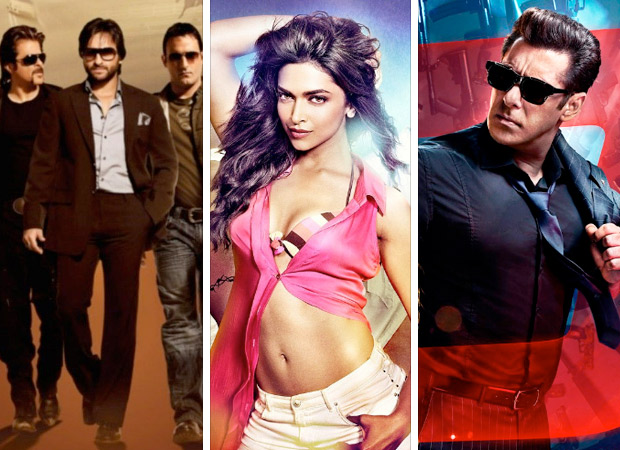 I vividly remember watching this flick first day first show. The film’s promotions had begun almost two months with ‘Allah Duhaai Hai’ and ‘Zara Zara Touch Me’ already becoming chartbusters. The downer was that the film got an ‘adults-only’ certificate. I was eight months short of turning 18 but thankfully, nobody raised eyebrows as I quietly entered Chitra cinema in Mumbai to catch this flick with high hopes. And many would agree that it was a film which exceeded the expectations of viewers. The first hour is sans any suspense though the goings-on are pretty interesting. But the moment we find out that Ranvir Singh (yes that’s the name of Saif Ali Khan in this flick) knows it all and the manner in which it was unveiled shook the audiences! The madness and twists and turns continue in the second half. Almost everyone knew that Ranvir isn’t dead and yet when he makes a ‘comeback’ in the narrative, it led to a lot of claps and whistles. Besides the suspense, the film also scored thanks to the brilliant comic timing by Anil Kapoor. Even after ten years, when I hear the name ‘Purshottam’, I can’t help but guffaw (only Race fans would get the drift!).

Race emerged as a game changer. The film made it fashionable to have as many twists and turns as possible. Sadly, the charm of Race couldn’t be recreated. Abbas-Mustan themselves tried to do so in their next flick Players but it didn’t work. Raja Natwarlal and the very recent Hate Story 4 too were made on the lines of Race wherein the protagonist is shown to be extra-shrewd who has planned each and every move till the very end. But Race was still the ultimate flick and shall remain so for a long time.

After Race came Race 2. It was not a bad film but again, it couldn’t go beyond the first part or even come close to it. At the box office, it did well than the first part and collected Rs. 100 crore. But it was evident that the franchise needed a boost or slight revamp if a part 3 was to be made. Fortunately, that’s happening with Race 3, which is all set to hit theatres this Eid.

Honestly, at first, it was heartbreaking to know that Abbas-Mustan will no longer be directing the third installment. Also, Saif Ali Khan’s absence was upsetting as he was the soul and face of the franchise. But then, owing to Saif Ali Khan’s dwindling popularity, having him as the lead again would not have been a good idea. Salman is enjoying a great run at the box office and his presence can take the film and its box office prospects many notches higher. Two days ago, the first look of the flick was out and it has aroused curiosity since the superstar, as the lead character Sikandar, looked quite dashing. Also, the information that came out regarding Sikandar’s love for his family is quite interesting. It reminded me of Fast & Furious series since it also has lead character Dominic Toretto’s unconditional love for his family as the crux of the series. And this element always works big time with the Indian audiences. Race is also known for its hot ladies and Jacqueline Fernandez’s look from part 3 confirmed that this bit will also be present.

There’s no doubt that Race 3 will be facing challenges. A section of audiences are already cross over the absence of Abbas-Mustan and Saif Ali Khan from the project. Moreover, the scale of the film has gone up with a bigger budget and Salman Khan’s presence. But will the content be strong enough to pull viewers to cinemas? Just like Race, will Race 3 manage to shock the audiences effectively with its suspense and twists? These questions can only be answered once the film releases on June 15. But we’ll surely get a fair idea of this once the trailer is out in April end. Fingers crossed!