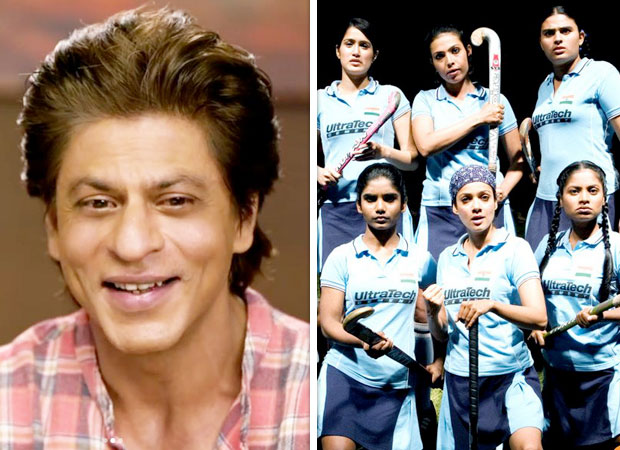 On this very day, 10 years ago, Shah Rukh Khan once again proved that he is a great performer after starring in hockey centric film, Chak De! India. The film emerged as a winner at the box office and showcased Shah Rukh Khan in a different light altogether. Chak De! India was directed by Shimit Amin. It revolved around the state of women’s hockey in the country.

Today, the film completed 10 years and it still is one of the most iconic films in the history of cinema. Shah Rukh Khan played the role of the coach Kabir Khan who trained a team of women hockey players to win big at World Cup. Not only did the film give a platform to many female actresses and newcomers but also invoked the sense of patriotism in every individual. Even the title track ‘Chak De India’ holds a special place in everyone's heart.

Speaking on the 10th anniversary of the film, Shah Rukh Khan reminisced about it in the special video. SRK said, "It's been 10 years but to me, it feels like the film was made yesterday. This is not because I don't have the idea of time but whenever we celebrate any occasion of national importance especially sports, we listen to this powerful track of Chak De which was sung by Sukhwinder Singh and you feel that it happened just now. It gives you the feel of the sports anthem."

Shah Rukh Khan also recalled why he starred in the film and how his son Aryan Khan was the reason behind the same. "Funny incident was that before taking up the movie, I used to say that I would teach my son hockey because my father taught me and since it is our national sport, I wanted to teach my son too. One of the reasons I really felt that this movie should be made was because once my son asked me how to play Hockey and I said this is a stick and this is a white ball. One day I came and told him that I would teach him hockey sometime later because I couldn't find the stick and the ball. This is when he told me that he has learnt hockey already and he has the stick and white ball. He took me with his friends and I saw them playing billiards with that stick and the white ball thinking it as hockey. One, billiard is a good sport but then I felt that when my own son knows so little about hockey, to be part of a film which will perhaps teach our children more about this sport," SRK added.

Shah Rukh Khan concluded saying that he is thankful for the film and sent love to the entire cast and crew who were involved in the film. He said, "Chak De India achieved a lot of things for me. As an actor, I am extremely thankful to Shimit, Jaideep, Adi and more than everybody to the wonderful girls who was Team India in the movie. I miss you and love you so much."

On the work front, Shah Rukh Khan was recently seen in Imtiaz Ali’s Jab Harry Met Sejal. He will be next seen in Aanand L. Rai’s film in which he will be seen as a dwarf.

Here’s a special message from the ONE who brought Kabir Khan to life.@iamsrk on #10YearsOfChakDeIndia???????? pic.twitter.com/Z77F68wYWJ