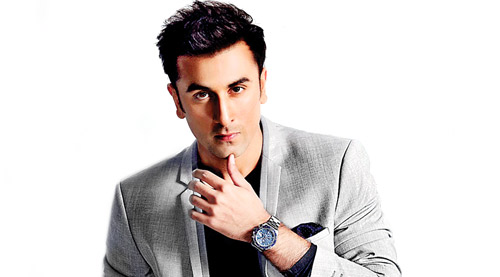 1. Ranbir Kapoor was his illustrious grandfather Raj Kapoor's favourite grandchild. Whenever Ranbir's mom Neetu Singh Kapoor scolded Ranbir, the little brat would complain to his Dadajee who would in turn fire Neetu.


2. Childhood memories are of Raj Kapoor on Sunday mornings with all his grandchildren. Ranbir remembers his grandfather sitting with a packet of toffees that he distributed to all the kids. Ranbir once asked Raj Saab for a suit when he was visiting Russia. He got back two bags of suits in every colour possible. He never shopped for anyone else.


3. Raj Kapoor remains the biggest cinematic influence on Ranbir. The first RK Film that Ranbir saw was Shri 420. Ranbir says he was bowled over. If given a chance to do a bio-pic he would like to play Raj Kapoor.


4. Ranbir Kapoor is a complete Mama's Boy. In fact his mother used to cut his nails until Ranbir moved out of his family bungalow. One isn't sure if Katrina does the needful now.


5. He has dated the most beautiful women including a divorced socialite. Had his first girlfriend when he was in Class 7. When that relationship broke up, Ranbir thought he'd never fall in love again.


6. After completing his Standard 12 in Mumbai, Ranbir went to New York to a film school. Every weekend he'd take a train to Queens to watch a Bollywood film. Ranbir was inspired by the work of Raj Kapoor, Guru Dutt, Mehboob Khan, Bimal Roy. His father Rishi Kapoor made Ranbir watch their works. Ranbir is not influenced by actors but directors.


7. He is an amazing mimic. On the sets of his first film Saawariya, Ranbir would regale everyone with his pitch-perfect imitation of Shah Rukh, Hrithik and Sanjay Dutt. Ranbir is going to play Sanjay Dutt in Raj Kumar Hirani's bio-pic on the incarcerated actor. Dutt dotes on Ranbir and heaped him with expensive gifts.


8. While Ranbir Kapoor is a favourite in the entire Kapoor clan it is his uncle Rajiv Chimpu Kapoor whom he is closest to. Chimpu who lives in Pune insists on buying expensive gifts for his favourite nephew. These include high-end watches.


9. Ranbir's Naani (mom Neetu Singh's mom) adored Ranbir. Her room in the Kapoor bungalow was right in front of Ranbir's bedroom. The old lady would barge in any time to inquire about her grandson. When she died Ranbir couldn't get over her absence for a long time.


10. Although he grew up watching his parents go through their ups and downs, Ranbir firmly believes in the institution of marriage.