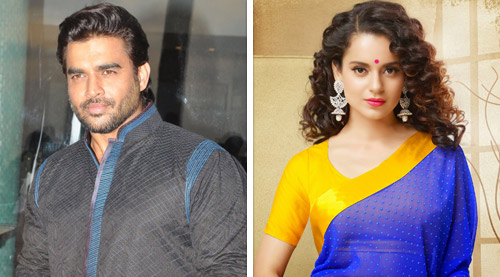 After a longish hiatus, R. Madhavan is poised for a grand comeback in two Hindi films. Madhavan who has been a major force in Tamil cinema for 12 years suffers no sense of insecurity about being overshadowed by the Queen heroine in Tanu Weds Manu Returns. "I am happy with my role. Kangna may have a double role. But the film is about both of us. We are the couple from the title. And she deserves every bit of the success she has got. What is more important is that we have a made proper sequel that takes the story forward. I've the same gut-feeling about Tanu Weds Manu Returns that I had for 3 Idiots. Some films are destined to change the definition of entertainment."


First up is Aanand Rai's Tanu Weds Manu Returns followed by the boxing flick Saala Khadoos in which Madhavan plays an irate boxing teacher. For the role Maddy, as he is affectionately known among friends and fans, trained for more than a year changing his entire body language for the part. "It was tough getting my body into a different shape and language. But being sporty by nature I took on the challenge. And I am glad to say I proved equal to the challenge."


More challenging than getting into the body shape and pugilistic mind of his character in Saala Khadoos was the challenge of playing two such contrasting characters in two different films.


"Doing Saala Khadoos and Tanu Weds Manu Returns was like going through two different eras. After so many years in front of the camera I finally feel I've done something to be proud of."