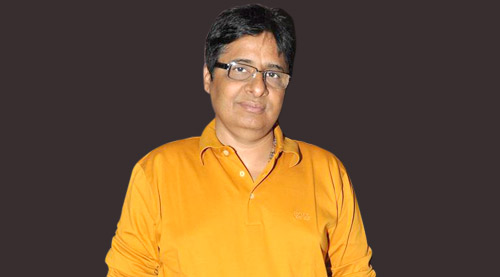 2015 is set to see the arrival of record number of sequels, case in point being this Friday release Tanu Weds Manu Returns, followed by ABCD - Any Body Can Dance 2, Welcome Back, Kya Kool Hain Hum 3, Pyaar Ka Punchnama 2, Ghayal Once Again, Hate Story 3 and Hera Pheri 3 amongst others. In the middle of this all, there is another franchise which is shaping up, which would have its genesis in Welcome 2 Karachi. Just like Johar Mehmood series that had the duo traveling to Goa to Hong Kong, the Vashu Bhagnani production would see its central protagonist to visit various destinations, starting with Karachi.

"That's correct," confirms our source, "Vashuji wants to make multiple sequels for Welcome 2 Karachi. In fact the seed of this came from the family pandit of Bhagnanis who predicted at the time of the film's muhurat itself that the film would go a long way and can be set as a franchise. The pandit also said that whoever would work on the film would enjoy a glorious and rewarding future ahead. Also, the film was destined to have Jackky feature in it. Though he had initially refused to star in it as he wanted to work on a film outside his father's production out, change of fate due to Irrfan stepping out brought him in."

Confirming the plans of setting up Welcome 2 Karachi as a franchise, Vashu says, "Yes, we are certainly taking it further ahead. The film is a turning point for me as a producer and Jackky as an actor. I am very happy with the way everything has fitted in so very well. Yes, to begin with I really liked the jodi of Arshad Warsi and Irrfan Khan for the film and at that time I did feel that it was bad luck when Irrfan opted out. However today with the film garnering so much attention and Jackky being liked so much, it has all turned out to be a double bonus for me. As a producer and a father, I couldn't have been more content.

From Youngistan, which was being pitched for Oscars as an entry from Bollywood, to now Welcome 2 Karachi which showcases Jackky in a different light, it is quite apparent that the actor is willing to experiment with different genres.

"Youngistan has been a huge turning point for Jackky as he has proved himself as an actor after such an outstanding performance," the proud father and the producer continues, "Now he is going all out for comedy as well. He did come up with a good act in Priyadarshan's Rangrezz and over the years, just like every actor grows film after film, Jackky too has moved ahead. Not every actor tries out different genres like drama, action or romance but Jackky has done that in his last few movies. The toughest genre is comedy; I would know as I have made so many of them. For Jackky, films are school and he has to score."