With a surname to reckon with, the Chopra girl, Parineeti Chopra needs no introduction.  She is counted amongst the finest talents of her generation and is a vivacious millennial who has created an impression with a striking screen presence and affable nature. Also known as Desi Girl Priyanka Chopra’s cousin, Parineeti has traversed a long way from being a public relations consultant in Yashraj Films to bustling into mainstream cinema. Turning cover girl for the leading lifestyle magazine, Grazia for its February 2018 edition, Parineeti channelizes a simple yet striking vibe of this month’s flavour – the scarlet vibe. The actress had left the world stumped with her stupendous journey from flab to fab, flaunting a toned frame and teamed it with an equally pleasing style play, courtesy ace fashion stylist Sanjana Batra. Known for her unconventional and feisty roles, the spontaneous Parineeti sprung back from the debacle of Meri Pyaari Bindu and shut naysayers with the comic caper, Golmaal Again last year. Unveiling the Grazia cover over the weekend, Parineeti looked chic in a quirky ensemble and embodied the sunshine girl tag to the fullest.

The photoshoot for Grazia has been shot across the sprawling locales of Saffron Stays in Alibaug. The glam squad responsible for Parineeti’s striking looks include fashion stylist Pasham Alwani, makeup artist Sandhya Shekar, hair stylist Yianni Tsapatori and the pictures have been perfectly captured by fashion photographer Aneev Rao.

Parineeti flaunts a red fringed top tucked into a pair of side-zippered denim. A delicate layered necklace is a perfect accessory and she rounded out the look with textured waves, nude matte lips and delicately lined eyes. (Also Read: Oops! Is Kareena Kapoor Khan taking style cues from Mira Rajput?)

Parineeti Chopra – Quirking it up! 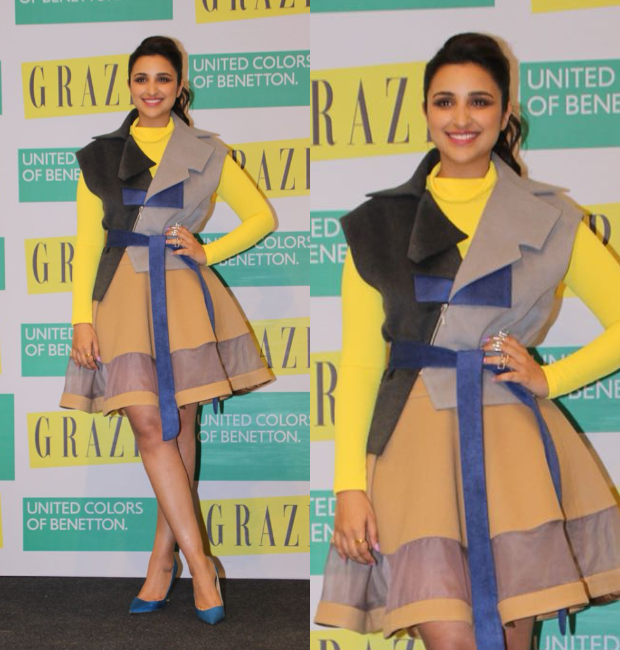 Teaming her bright canary yellow long sleeved high necked top with a mustard coloured skirt featuring mesh inserts, Parineeti layered her look with a sleeveless coat rounding out the look with blue pumps, subtle makeup and a high pony. (Also Read: Only Priyanka Chopra can pull off the just out of the bed look with such sass! Enough said!) 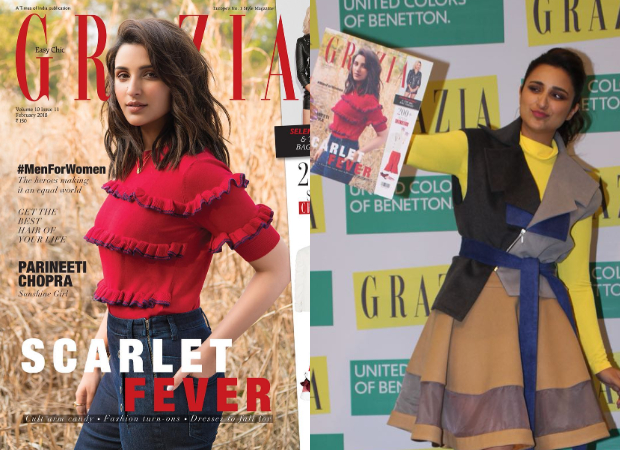 Scarlet red – this season’s hottest hue is perfectly encapsulated in this edition and playing muse, cover girl Parineeti Chopra is all set to add another stylish chapter in her book of style. We love the brilliant clash of colours Parineeti dabbled in at the launch of the cover, keeping a bright element and seamlessly blending in other colours. (Also Read: HT Most Stylish Awards 2018 Best Dressed: Deepika Padukone, Varun Dhawan, Shahid Kapoor, Mira Rajput, Diana Penty, Sonakshi Sinha, Taapsee Pannu dazzle on the red carpet!) 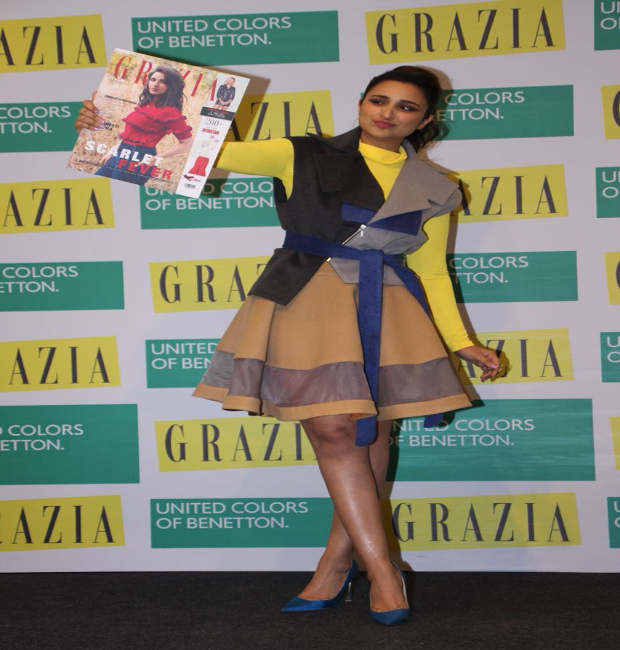 With bright summer on the anvil, indulge yourself and go all out experimenting with colours, just like Parineeti Chopra!

On the professional front, Parineeti Chopra will be reuniting with her Ishaqzaade co-star Arjun Kapoor in the romantic thriller, Sandeep Aur Pinky Faraar directed by Dibakar Banerjee scheduled for a release on released on August 3, 2018. She will also feature in Anurag Singh’s Kesari sharing screen space with Akshay Kumar and Mohit Raina scheduled for a release in 2019.