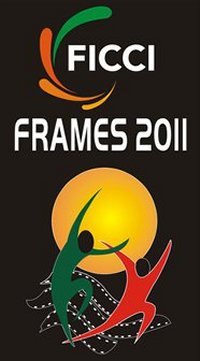 In 2010, the Indian Media & Entertainment (M&E) industry registered a growth of 11 percent over 2009 and touched INR 652 billion, says a FICCI-KPMG report. Backed by positive industry sentiment and growing media consumption, the industry is estimated to achieve a growth rate of 13 percent in 2011. Overall, the industry is expected to register a CAGR of 14 percent to touch INR 1275 billion by 2015.


The report will be formally released at the inaugural session of FICCI FRAMES 2011 on March 23, 2011.


As per the report, overall for the M&E industry, 2010 was a year of great dynamism with growth across all sectors other than film. The report highlights a strong recovery in advertising spends as a key driver for growth. Advertising spends grew by 17 percent to INR 266 billion and accounted for 41 per cent of overall industry size.


While television and print continued to dominate the Indian M&E industry, sectors such as gaming, digital advertising, and animation VFX grew at a faster rate and show tremendous potential in the coming years.


Contrary to most other markets in the world that continue to witness an erosion of the print media industry, in India, the sector witnessed a growth of 10 per cent in 2010 and is expected to continue to grow at a similar pace over the next five years. Rising literacy levels and low print media penetration offer significant headroom for growth. Television meanwhile saw a tremendous increase in the net DTH subscriber base totaling to 28 million at the end of 2010. Backed by growth in advertising and subscription revenues, the television industry grew by 15.5 per cent in 2010 and is expected to grow at a CAGR of 16 per cent to touch INR 630 billion by 2015. Television is expected to account for almost half of the Indian M&E industry revenues, and more than twice the size of print, the second largest media sector.


According to Rajesh Jain, Head of Media and Entertainment, KPMG, "The resurgence in advertising, growth in subscription revenues, thrust on digitization, and emerging avenues for content monetization were the key growth drivers for the Indian Media & Entertainment industry in 2010. However, going forward, it will become imperative for media companies to reset their business models and build greater focus on profitability and changing consumer preferences."


In 2010, social media gained significant popularity as a marketing and gaming platform. Commenting on the power of social media, Jehil Thakkar, Executive Director, Media & Entertainment, said, "Social media offers advertisers and content owners the ability to directly connect with their consumers/audiences. Businesses are now beginning to understand the power of this tool and integrating it into their core marketing plan to reach out to their target audience."