It has been a superb first week for Tanhaji - The Unsung Warrior. The film first exceeded expectations on its opening day and then saw very good momentum over the weekend. However, the deal clincher was the film's performance over the weekdays when it just refused to slow down. Benefitting from partial content in certain pockets of the country and gaining from the good content that had been put together by director Om Raut, the period action drama rose from strength to strength with every passing day and emerged victorious. 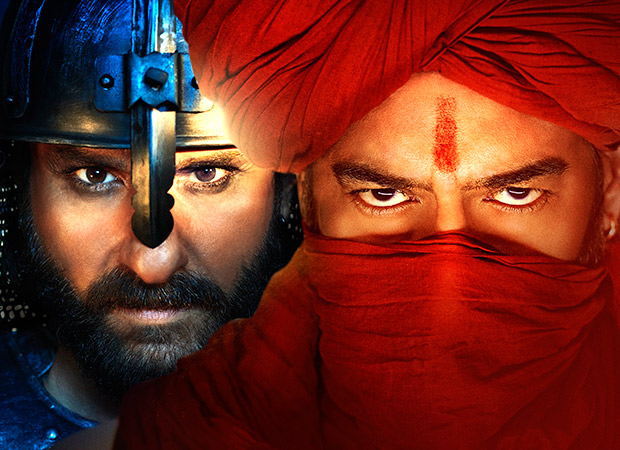 This was evident on the Thursday as well when the collections were as huge as Rs. 11.23 crores. Compared this with first day numbers of Rs. 15.10 crores and there isn't much of a fall even though this is the seventh day. The film has been accepted in a major way by the audiences and now it is set to roar in the second week too.

For Ajay Devgn, this is one of his biggest successes till date. In fact it would be safe to declare that the film would be next only to Golmaal Again [Rs. 205.70 crores] (if it doesn't actually surpass it eventually) when it comes to the final score. On the other hand Saif Ali Khan would pretty much be grinning from ear to ear as the film’s success indeed means a lot to him and next up is Jawaani Jaaneman which is looking good too.

So far, the collections stand at Rs. 118.91 crores and this is an excellent total for a film which came with a very strong Maharashtrian regional flavor and yet found attention across the country. A superhit at the box office, Tanhaji - The Unsung Warrior has kick-started 2020 with a bang.