Spider Man: No Way Home has created history at the box office as the film has collected in the range of Rs. 33 to 35 crores on it's first day. The number has come despite the fact that it was released on a working Thursday, stepping aside from the conventional Friday release. 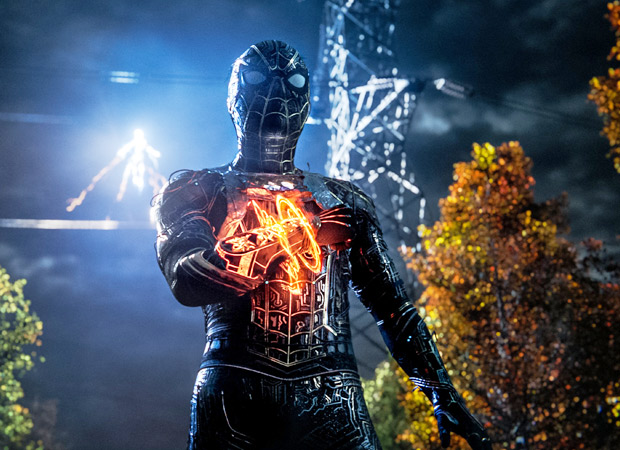 The film has fared well all across the country and the three national chains have been key contributors with over 60% of the business coming from PVR, Inox and Cinepolis. The biz was driven by the insane craze among the Spider Man fans in India and the movie is expected to continue with its record run over the weekend to clock Rs. 100 crores in just four days.

The English version scored the biggest for Spider Man, followed by Hindi, Tamil, and Telugu. The film recorded 100% occupancy in 11 IMAX screens that India is equipped with and this is happening for the first time since the release of Avengers: End Game. The Marvel Universe film is the biggest opener of 2021 by surpassing the Rohit Shetty directorial Akshay Kumar starrer Sooryavanshi, which had collected Rs. 26.50 crore on Friday.

What makes this feat much bigger is the fact that while Sooryavanshi clocked Rs. 26.50 crore on a national holiday, Spider Man has done it on a non holiday, that too a Thursday. The other releases of 2021 like Antim, SMJ 2, Tadap, Chandigarh Kare Aashiqui are nowhere in the picture as the opening day of Spider Man is more than the lifetime collections of all except Antim (Rs. 38.50 crores), and even that will be a history by Friday morning shows.

These are sheer historic numbers as the film has emerged the second biggest opener of all time for a Hollywood film in India staying only behind Avengers: End Game, which was a box office beast at another level. The figures have come in the times when Hindi box office was bleeding as nothing struck the chord except Sooryavanshi.