Despite the arrival of Captain Marvel, which has taken a smash start at the Box Office, and Badla, which has done better than expected on its first day, Luka Chuppi as well as Total Dhamaal are seeing steady footfalls in theatres. 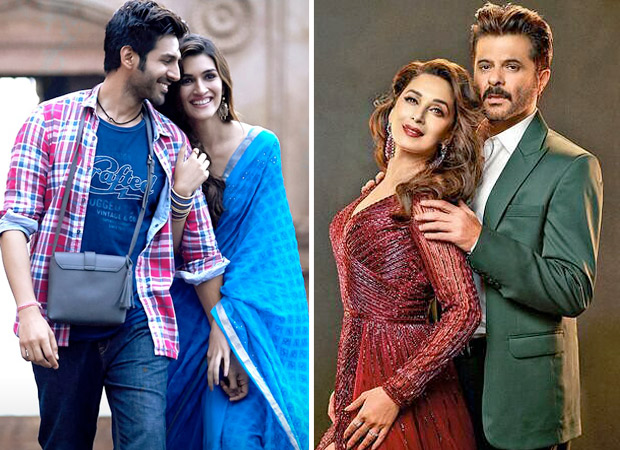 Luka Chuppi collected Rs. 3.04 crore on its second Friday, which is quite good as the day before it had brought in Rs. 4.03 crore. That is not much of a fall and with family audiences expected to be back in big numbers over rest of the weekend, around 9-10 crore more are expected to come in before the Dinesh Vijan production enters the weekdays.

So far, the film has collected Rs. 56.74 crore and the lifetime of 80 crore is definitely on. That ensures that the film is a Superhit, which means a hat-trick of successes for Kartik Aaryan (after Pyaar Ka Punchnama 2 and Sonu Ke Titu Ki Sweety, which were Superhit and Blockbuster respectively).

Meanwhile Total Dhamaal too is continuing to collect well with Rs. 1.70 crore more coming on the third Friday. The film has seen quite a few screens been reduced this week due to three other notable films in the running. Still, the footfalls are there wherever the film is playing and that has helped the Indra Kumar directed affair accumulate Rs.134.30 crore so far. Given the trends during the last couple of weekends, the multi-starrer should jump again today and tomorrow and that would allow at least Rs. 5-6 crore more been added to its total.

From there it would be interesting to see where does the film eventually end up inside Rs.145-150 crore range for a final lifetime run.