De De Pyaar De showed further growth on its third Saturday as Rs.2.82 crores came in. The film had collected Rs 1.96 crores on its third Friday and while this is a jump for sure, given the fact that there is no competition whatsoever from Hindi releases, it may have suited the Akiv Ali directed affair better had the numbers crossed the 3 crores mark. 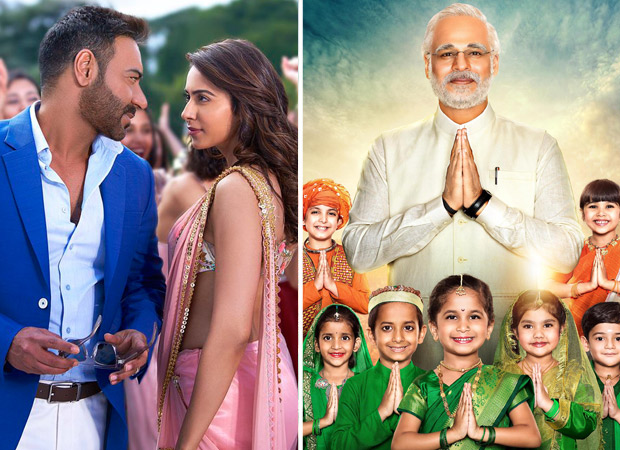 Nonetheless, the film is set to go past the Rs 90 crores mark today as Rs.89.27 crores have already come in. One just hopes that around Rs.3.50 crores come in today for the Ajay Devgn, Rakul Preet Singh and Tabu starrer as that would only make the case stronger for the film to reach the Rs.100 Crore Club.

The other Hindi release that is bringing in some sort of numbers is PM Narendra Modi biopic. The Vivek Oberoi starrer improved from its second Friday numbers of Rs.1.15 crores to Rs.1.50 crores* on the second Saturday. The film is staying on to be fair and hasn't crashed in the second weekend, something that happens for most of the films which start slow in their first weekend. Absence of new releases is certainly helping the cause for PM Narendra Mod biopic which has collected Rs.21.86 crores* already and should have a lifetime between Rs.28-30 crores. A coverage affair.

After a DISASTROUS Week 1, Kangana Ranaut's…