Kamal Haasan's Vishwaroop 2 has taken a very poor start in Hindi. Even though at the bare minimum one expected a Rs. 2 crore opening for the film, that too didn't really happen as the numbers stayed much lower than that. The film did get a fair release for itself with a decent count and placement of shows. However, audiences were just not interested and there were practically nil footfalls at many centres. 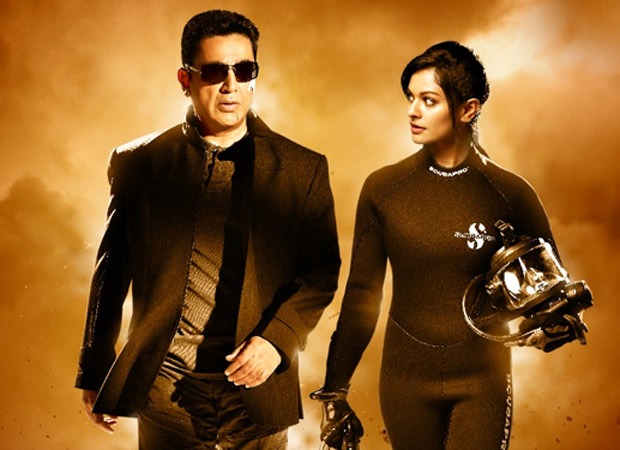 One had earlier wondered that what would be the scenario if the film turned out to be good, gathered pace over the weekend and then had its shows curtailed with the arrival of Gold and Satyameva Jayate on mid-week on Wednesday, 15th August. However, the situation is pretty much on the contrary today as exhibitors would find it difficult to run its bare minimum shows too on Monday and Tuesday since the start has been so poor.

Moreover, the film hasn't enjoyed critical acclaim either which means there is no real support coming for the espionage thriller. Since audience footfall has been minimal too, there is no word of mouth either, and as a result one can't expect any sort of momentum to be gained over the weekend.

On its release, Vishwaroop [2013] had collected Rs. 1.89 crore on its opening day and then grown over the weekend to bring in Rs. 7.56 crore. The manner in which Vishwaroop 2 has opened, it would find it difficult to have this as its lifetime number.