What Uri - The Surgical Strike is currently doing at the box office is simply unprecedented, what with fall in collections been bare minimum when compared to the day before. Even on its fourth Friday, there is just no stopping the film, what with Rs. 3.36 crore more coming in. The best and the biggest of the films run out of steam in their fourth week and here this Aditya Dhar film is behaving like how a content film typically opens on its first Friday. 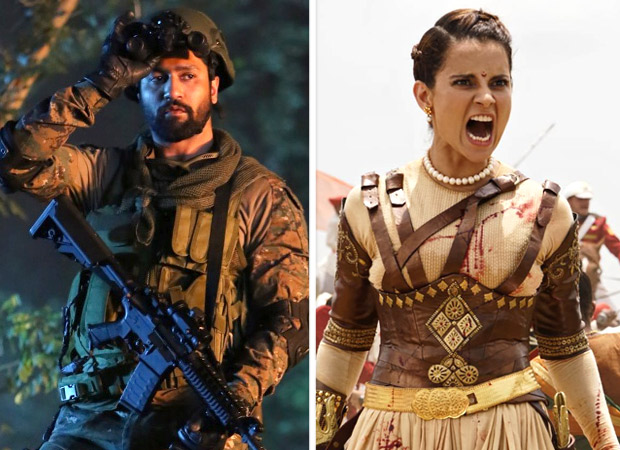 The film has collected Rs. 173.69 crore already and will now be in Rs. 182-185 crore zone before the fourth weekend is through. This one is a Blockbuster which is now heading towards the All Time Blockbuster status.

As for Manikarnika - The Queen of Jhansi, the film has dipped when compared to the opening day of Rs. 7.75 crore. Even though Ek Ladki Ko Dekha Toh Aisa Laga was not really a major competition, the drop was evidenced as it collected Rs. 2.70 crore more. The Kangana Ranaut starrer has collected Rs. 61.65 crore so far and now won’t be able to reach the Rs. 100 crore mark. One waits to see how much further does it manage to go past the Rs. 80 crore mark in its lifetime run.