It is turning out to be one stupendous run for Super 30. Expectedly, the film jumped huge on its third Saturday by bringing in Rs. 2.10 crores* more. On Friday, the film had collected Rs. 0.96 crores, which makes this jump really impressive. 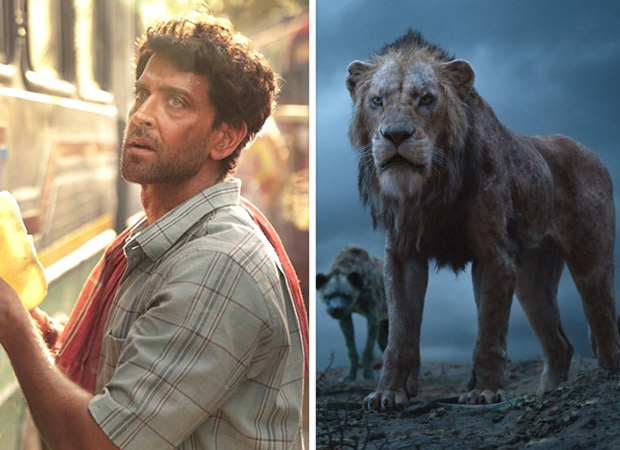 The overall collections of the Hrithik Roshan starrer stand at Rs. 134.71 crores now and the total should now comfortably surpass Rs. 137 crores by the end of weekend. Later this week, it would hang in there well to go past Gully Boy lifetime numbers of Rs. 140 crores and anything that comes post that would be an added bonus.

As for The Lion King, it picked major momentum all over again on Saturday. This too was on the expected lines, as evidenced in the first two Saturdays that the Hollywood animation film has enjoyed already. The collections soared to a huge Rs. 4 crores* which is simply fantastic, especially when there are so many other films in the running.

For the family audiences, The Lion King is their first choice and that reflects in the superb total of Rs. 133.32 crores* that it has already accumulated. In fact numbers today would be huge as well and Rs. 5 crores would be comfortably crossed. That would place it ahead of Super 30 and from there on it would take a good lead ahead when it comes to the lifetime numbers.