Satyameva Jayate continued to bring in moolah as Saturday brought in good numbers too. The film collected Rs. 9.03 crore. Though after the terrific start that the Milap Zaveri directed film had taken on Wednesday [Rs. 20.52 crore], one would have expected an even better hold from Thursday onwards. Still, if one looks at the standalone numbers, the fact still remains that the John Abraham and Manoj Bajpayee starrer has brought in good numbers on its fourth day and that is indeed good enough. 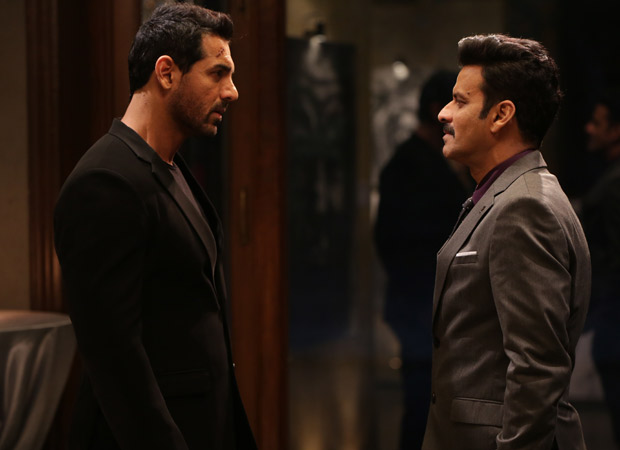 The overall total of the film stands at Rs. 46.65 crore and that is a good enough. Had the film not released on Independence Day and instead arrived on a regular Friday, the makers would have been happy to see this as a total collected over an entire first week. However, there is still more to come in before the film hits the weekdays and that means by and large Satyameva Jayate finds itself in a very good position.

If the film jumps today, it would be a very good sign since that would mean good hold during the weekdays as well. Anything that brings the Sunday total in the range of Rs. 12-13 crore would be good enough for Satyameva Jayate and hence the footfalls that get registered today would be very closely monitored.