Raazi is continuing to rake in moolah as it has now found itself well established at the Box Office. That was evidenced on Tuesday as well when the collections stayed on to be good. With Rs. 6.10 crore more coming in, the film is maintaining well over the weekdays as well. This is on the expected lines too if one looks at how the film had grown so very well during the weekend. 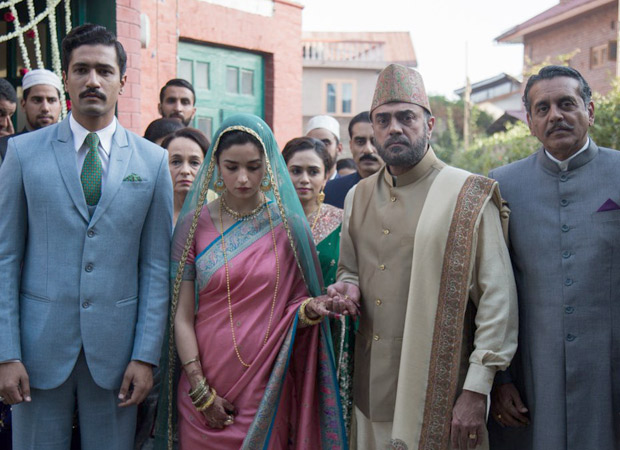 The Meghna Gulzar directed film currently stands at Rs. 45.34 crore and even though a lifetime number like this would have been okay for it, currently we are talking about just the 5 day number. The film is a Superhit and in this genre, stage and setting, it is going to be the biggest ever. Alia Bhatt has scored again and though her upcoming films are star studded commercial affairs, one waits to see what kind of female centric film does she sign next.

Meanwhile, 102 Not Out has slowed down now after some good jump during the second weekend. The weekdays are just about decent for the film, what with Rs. 1.26 crore more coming in on Tuesday. The film currently stands at Rs. 39.51 crore and it would be a stretch to reach the Rs. 50 crore mark. Still, the Umesh Shukla directed film is a success and has done more business than what was expected out of it before release.