The big day is just round the corner. While it has been a winning season for Bollywood already with back to back box office successes, time has come for the arrival of festival release Housefull 4. Akshay Kumar last had a holiday release in Mission Mangal which went on to enter the Rs. 200 Crore Club. Now just a little over two months down the line, he is spearheading a film belonging to an altogether different genre, hence demonstrating his versatility all over again. 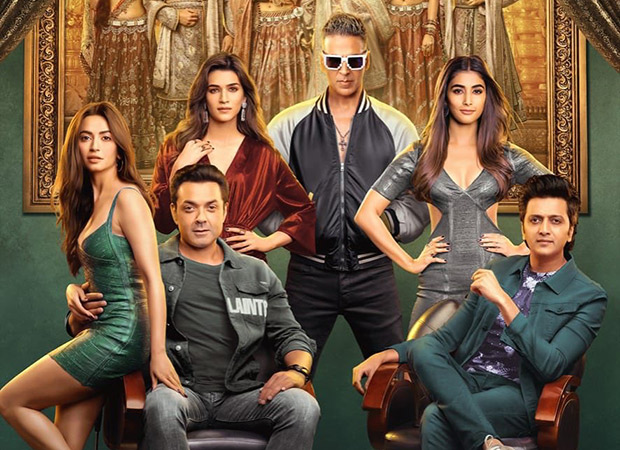 The film’s reception in the first couple of days would be retrained though by the fact that it is a pre-Diwali phase. Had it been released on the day after Diwali, which is the biggest day for films, one could well have imagined an opening of close of Rs. 40 crores. Even on a regular Friday, it may well have hit the Rs. 30 crores mark. However, for now even a Rs. 20 crores opening day would be good for the multi-starrer affair which has Riteish Deshmukh and Bobby Deol as the other leads.

So far, the film has everything going in its favour with the promo being appreciated and the songs, especially Bala, turning out to be hits. Moreover, the three leading ladies, Kriti Sanon, Kriti Kharbanda and Pooja Hegde, are further making the film bright. Filmmaker Sajid Nadiadwala has made sure that the film has been produced, marketed and promoted like a true event arrival and with the kind of budget that has gone into this reincarnation comedy, the results can be seen on screen. Post the film’s release, high content could well take Housefull 4 anywhere and make it one of the biggest successes of 2019.