While it is a known fact that KGF is breaking records left, right and center in the original Kannada version, even in the dubbed Hindi version it is showing very positive trending. On its release, the film had brought in Rs.2.10 crore which was better than what many had expected. Considering the fact that it had released alongside Zero and was always meant to be a distant second choice, whatever numbers came in were basically just a kick-start of sort. 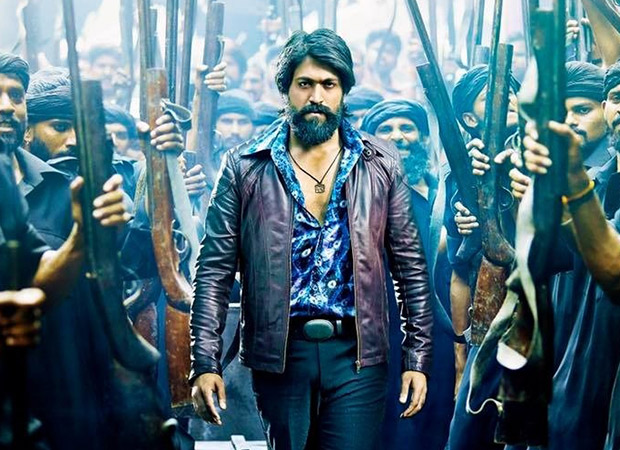 However there was a surprise in store when the film showed growth on Saturday [Rs.3 crore] and then Sunday [Rs.4.10 crore]. This pretty much indicated that the word of mouth had started spreading well for the film and audiences were genuinely interested in checking out what this Kannada action-drama had to offer in the Hindi version.

No wonder, collections on Monday made one look wide eyed at the kind of hold that the film demonstrated. For the film to collect Rs. 2.90 crore was a good sign indeed as the numbers are greater than Friday and pretty much the same as Saturday. Now if today's collections come close to Sunday then it would be game on for KGF [Hindi] which is turning out to be a good success story in Hindi as well.

Currently, KGF [Hindi] stands at Rs.12.10 crore and the trend indicates that it should touch the Rs.20 crore mark after the first week is through.