Luka Chuppi has completed 50 days at the Box Office. The film released on 1st March and surpassed expectations not just on the first day but the entire weekend as well as the first week. It then managed to sustain itself well too in days to come and as a result has accumulated Rs.94 crores in its seven week run so far. 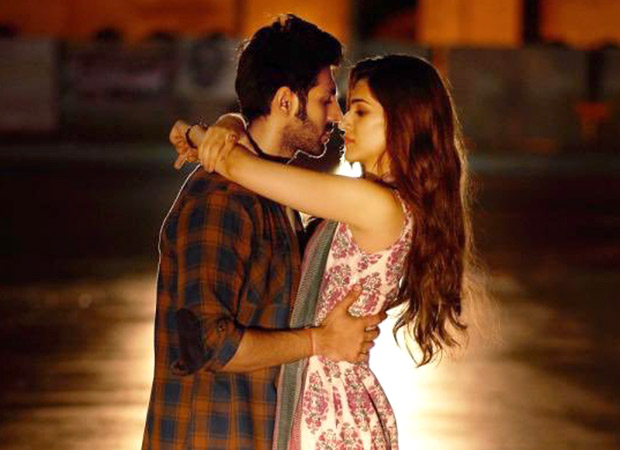 Even though Kalank had hit the screens, it has still managed to retain some shows in the eighth week, as a result of which the 50 days celebrations are on. In the process, the film has turned out to be a milestone film for everyone associated with it.

Kartik Aaryan's last release Sonu Ke Titu Ki Sweety had entered the Rs.100 Crore Club and now Luka Chuppi has missed that by just a whisker. That said, in a span of one year, he has delivered these twin successes, the combined total of which has gone past the Rs.200 crores mark, what with Sonu Ki Titu Ki Sweety gathering Rs.109 crores in its lifetime run.

Kriti Sanon had delivered a success in Bareilly Ki Barfi and now Luka Chuppi has almost tripled its collections to emerge as a solid Superhit. In an author backed role, she has shown substance in her performance and now one waits to see how she delivers in upcoming releases set for her in months to come.
Director Laxman Utekar has a lot to rejoice as well. Though he has just missed out on a century in his debut directorial outing, he has still made a rocking start. The cinematographer turned filmmaker has made a very good first impression and one now waits to see what he picks up next.

As for producer Dinesh Vijan, this is his second film in a row which has managed a 50 days run for itself. His last release Stree was a Blockbuster and has ultimately accumulated a massive Rs.130 crores number in its lifetime. Now with Luka Chuppi, he has scored another major success with a very high ROI, which is any producer's delight.