With three films running in parallel, business was divided between Jawaani Jaaneman, Tanhaji - The Unsung Warrior and Street Dancer 3D in the week gone by. Between the three films, around Rs. 55 crores came in, which is actually a decent number if one considers the overall occupancy in theatres for a regular week. Of course, films have started collected much bigger these days but still, at least it wasn’t a complete drought at the box office. 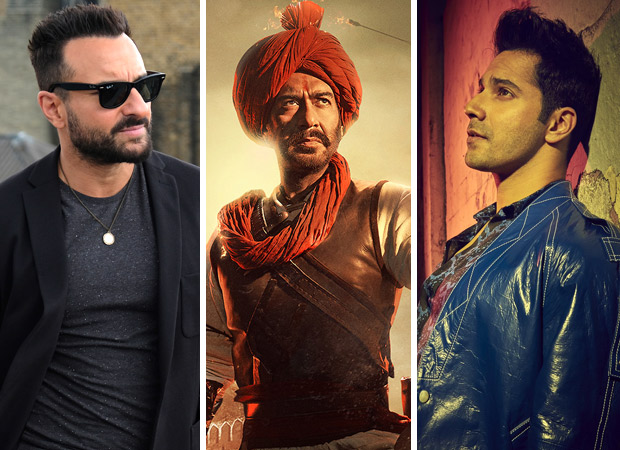 Jawaani Jaaneman and Tanhaji - The Unsung Warrior had almost similar collections, though former was in its first week and latter was in its fourth week. While the Saif Ali Khan led film collected Rs. 20.21 crores, the Ajay Devgn starrer too added around Rs. 20 crores to its total, hence bringing its overall lifetime to Rs. 259.52 crores. Former still needs some more moolah to be added to its total to reach a respectable total. On the other hand, latter is taking forward its blockbuster run towards the Rs. 275 crores milestone.

Street Dancer 3D had a low second week though with just around Rs. 14.59 crores more coming in. This one could have been better but currently the collections stand at Rs. 71.36 crores. It has found some screens in the third week and since footfalls have slowed down considerably, one can’t expect any major moolah to be added from here on.