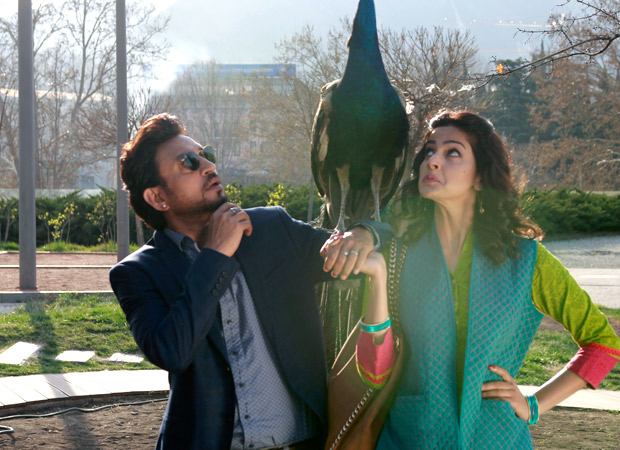 It was predicted in this column that Hindi Medium would open around the 3 crore mark. Well, this is what happened as the Saket Chaudhary directed film saw first day collections of 2.81 crore. The film has been released on 1126 screens which means there is potential for it to grow from this point on. The numbers so far are on expected lines though since a film like this depends entirely on critical acclaim and word of mouth. Fortunately for producers Dinesh Vijan and T-Series, this is truly the case as reviews have been all around positive while word of mouth has been good too.

The film has in fact opened better than both releases of last week, Sarkar 3 [2.10 crore] and Meri Pyaari Bindu [1.75 crore]. Though it isn't saying much since both releases were panned, the fact remains that the Irrfan Khan and Saba Qamar starrer had to contend with competition from not just Baahubali 2 [Hindi] which is still going strong but also Half Girlfriend which went past 10 crore on its first day. Still, Hindi Medium has managed to find an audience which means from this point on it would be their feedback which would be most important for the film to grow.

Films belonging to this genre have grown well in the past too. Especially in Delhi NCR where it is set, Hindi Medium should collect much better than yesterday. More than anything else, this one is a deserving affair and should eventually find its bearings.