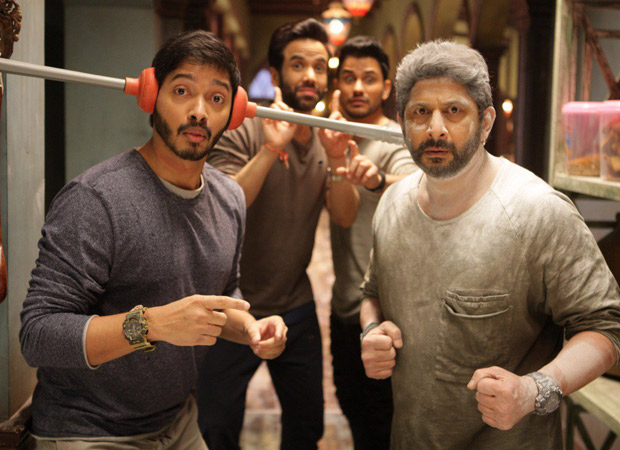 The comic caper Golmaal Again, that released on Diwali, has been doing great business and earned a lot of appreciation from viewers. Starring Ajay Devgn, Parineeti Chopra, Arshad Warsi, Tusshar Kapoor, Kunal Kapoor and Shreyas Talpade, this Rohit Shetty directed film has already done blockbuster business in India and emerged as the biggest Hindi grosser of 2017.

Now, even worldwide, Golmaal Again is the biggest grosser of the year. As of November 4, it has collected Rs. 283.71 cr. gross worldwide. Earlier, the Shah Rukh Khan starrer Raees was 2017’s biggest worldwide grosser by collecting Rs. 281.44 cr. Golmaal Again has gone past Raees’s figure and that’s not all. The comic caper is still running theatres and is expected to gross 300 cr. in the days to come.

The upcoming two biggies – Ranveer Singh-Deepika Padukone-Shahid Kapoor starrer period drama Padmavati and Salman Khan-Katrina Kaif starrer Tiger Zinda Hai are expected to go past Golmaal Again’s figures. Nevertheless, it’s a great achievement for Golmaal Again to manage to earn so much and it remains to be seen how much it manages to accumulate in totality in its lifetime.