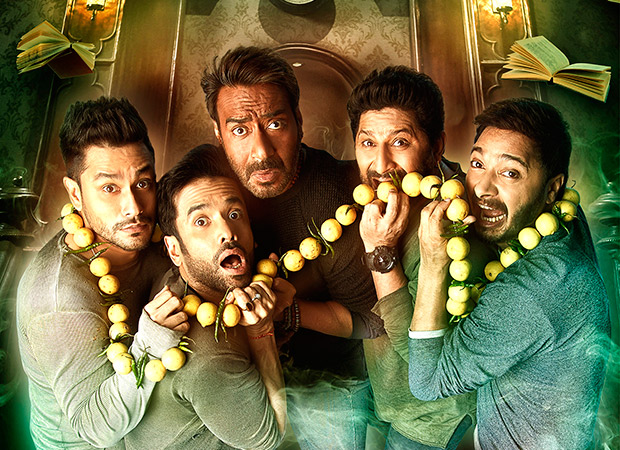 The unthinkable has happened. In the most unlikely turn of events, Golmaal Again has broken into the 200 Crore Club. Why unlikely and unthinkable? Well, because even though it was a given prior to the release itself that Golmaal Again would enter the 100 Crore Club, the maximum distance it was predicted to cover was 150 crore. Later, when the film took a humongous opening and then the weekend was very huge, even then a maximum score of 175 crore was on the cards. However, the fact that the film continued to collect in excess of 1 crore for each of the first 21 days sealed its fate!

The film has now crossed the 200 crore mark and with this Ajay Devgn has debuted in the biggie club. Though he has quite a few centuries to his name, his biggest success before Golmaal Again wasSingham Returns. However, the Rohit Shetty directed horror-comedy has crossed all frontiers and emerged as a Blockbuster by a margin.

This is indeed great news for the industry as successes like these go a long way and keeping the DNA of Bollywood intact. Also, one just hopes that more and more multi-starrers are made in time to come since they do help entertain the audience. Moreover, the entire cast of Golmaal Again (including Arshad Warsi, Tusshar Kapoor, Shreyas Talpade and Kunal Kemmu) boasts of good comic timing and the coming together of each one of them in a single frame did make a huge difference to the final product.

Director Rohit Shetty has now scored his second double century after Chennai Express and now with Golmaal Again he is clearly the numero uno commercial director who can boast to know more about making out and out entertaining affairs.