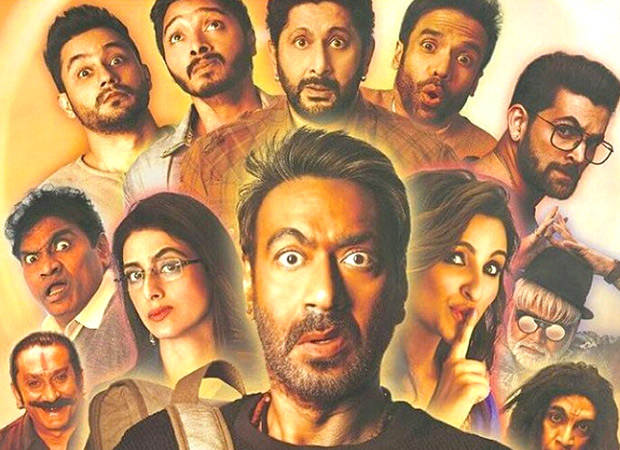 The Rohit Shetty directed fourth instalment in the Golmaal franchise titled Golmaal Again hit screens on Friday around Diwali. While the film which featured Ajay Devgn along with an ensemble cast that comprised of Arshad Warsi, Tusshar Kapoor, Shreyas Talpade, Kunal Kemmu, Tabu and Parineeti Chopra released alongside the Aamir Khan starrer Secret Superstar the film has been doing brisk business.

After opening on a high note Golmaal Again that hit a total of 4232 + screens (3500+ domestic + 732 overseas) has continued to witness good growth in business over the festive weekend. In fact, within the domestic market the film has managed to gross a staggering Rs. 75.01 cr. within just two days of its release. Similarly in the overseas markets as well Golmaal Again seems to be enjoying a stellar run at the box office drawing USD 3.17 million [Rs. 20.62 cr.] in three days of its release. Apart from this, the film has now become the tenth release of 2017 to have crossed the Rs. 100 cr. mark at the worldwide box office.

If that wasn’t all, given the current trend Golmaal Again that seems to be near unstoppable is expected to grow as the week progresses. Now all that remains to be seen is whether Golmaal Again manages to surpass the worldwide collections of the Shah Rukh Khan starrer Raees that currently leads the list as the highest worldwide grossing film with a collection of Rs. 281.44 cr.