Godzilla vs Kong was the only film that managed to find audiences, albeit in south primarily, and that reflected in the huge gap between the collections brought in by the film vis-a-vis the combined numbers of all other Hindi releases in the running. 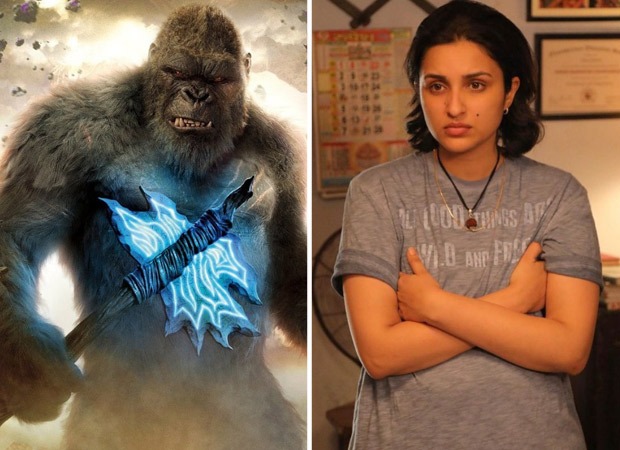 The Hollywood monster world film brought in Rs. 4.22 crores and while there has been a steady drop from Wednesday (Rs. 6.40 crores) to Thursday (Rs. 5.40 crores) and now Friday, it is expected that the footfalls would be steady today, tomorrow and day after (due to Holi). The overall collections stand at Rs. 16.02 crores in just 3 days which are better than the first week numbers of any other Bollywood or Hollywood release since lockdown.

Saina was the other new release of the week and that struggled to reach Rs. 15 lakhs mark on the first day. There is critical acclaim for the film, which is a good thing as that indicates that had it been released on a regular Friday, the outcome would have been very different. Also, such genre of films usually double-up on Saturday but then unfortunately these are different times so one can’t expect similar outcome.

Mumbai Saga and Roohi are now in their last leg and are primarily accumulating bonus numbers. While Mumbai Saga was around Rs. 50 lakhs* mark on Friday, Roohi saw another Rs. 25 lakhs* coming in. Standing at Rs. 14.93 crores* and Rs. 22.25 crores* respectively, they would have some kind of numbers trickling in till Holi and that would be the best collecting day for the film in its run which is coming to a close.