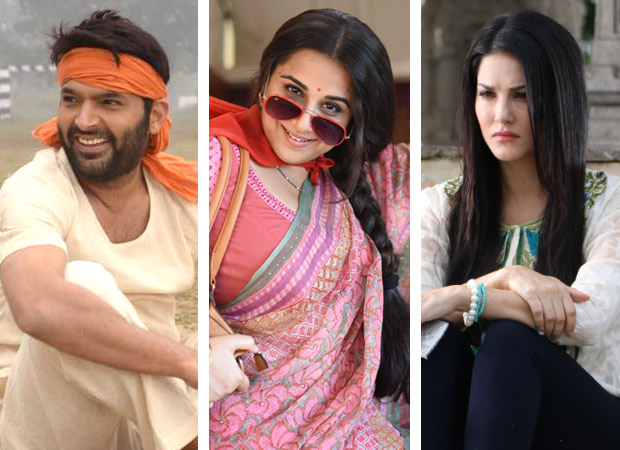 Firangi was never expected to set the house on fire and this is what happened as the film opened to low collections all over. Kapil Sharma's debut release as a leading man, Kis Kisko Pyaar Karoon, had an opening day of Rs. 10.15 crore. It was always on the cards that his second release Firangi would struggle to get such numbers even across the entire weekend. The manner in which it has opened, this pretty much seems like the case as just Rs. 2.10  crore on the first day. Critical acclaim for the film is missing and word of mouth is not encouraging either. The film doesn't seem set to have any major jump over rest of the weekend.

Tumhrai Sulu has managed to hang on well in its third week as well, what with Rs. 0.52 crore coming on its 15th day. This has allowed the overall numbers to touch Rs. 29.79 crore and Rs. 30 crore would be comfortably crossed today. As a matter of fact the film is now set to go past the lifetime numbers of Kahaani 2 [Rs. 32.50 crore] and that will happen before the close of the third week. The film is doing better than expected business and good credit must also go to lack of competition that the Vidya Balan film is facing ever since release.

This can also be seen through the fact that Tera Intezar, another new release of the week, has taken a poor start all over. The Arbaaz Khan and Sunny Leone starrer wasn't carrying much of a hype and that reflected in empty houses that greeted the film on its arrival. With just Rs. 50 lakhs* coming in and poor reviews from all quarters, the film would struggle to go past its opening weekend.