Dhadak continued to lead in the second week as well, and now the collections stand at Rs. 69.17 crore. These are very good numbers not just for a film starring newcomers but also for the kind of investment that has been made on it. This is a kind of film that should do well on satellite and digital medium as well, which means there would be continued returns in time to come as well. Just like Student of the Year, Karan Johar has invested on the right talent in the form of Ishaan Khattar and Jahnvi Kapoor as well, something that should ensure good future for Bollywood. 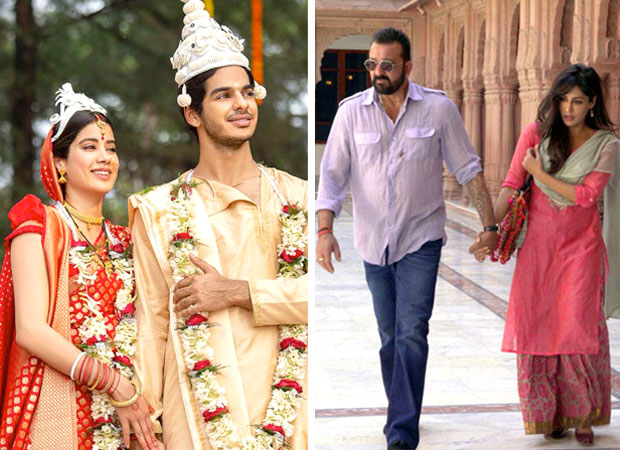 The film is still in the running during the third week and the Rs. 75 crore mark should be crossed soon enough. Post that it may stretch towards the Rs. 80 crore mark, though what seems definitely possible is the surpassing of Humpty Sharma Ki Dulhania lifetime [Rs. 78 crore] that was set by director Shashank Khaitan for his first Bollywood film.

As for the new Bollywood release Saheb Biwi aur Gangster 3, the film has emerged as a major disaster. The film would struggle to recover its P&A cost since the first week is a mere Rs. 6.52 crore. This would actually be all for the film since it is hardly in the running during the second week. First part of Saheb Biwi aur Gangster had collected Rs. 10.40 crore and that too way back in 2011. Moreover, its budget was pretty miniscule when compared to third in this series by Tigmanshu Dhulia. However, the latest instalment with Sanjay Dutt in a principle role will not even come close to this mark.

2018 has by and large seen films with good credentials doing well at the Box Office. However after Aiyaary, this one is yet another rude shock for the industry which otherwise has been having a good time.

Bhumi Pednekar invited to speak at the…