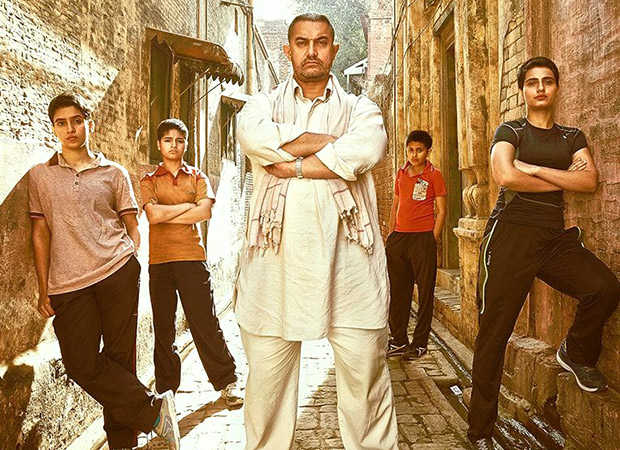 Just last week we had reported that the Aamir Khan starrer Dangal had crossed the Rs. 1200 cr mark by raking in Rs. 1250 cr at the global box office. Well, now after just another three days, the film which recently hit screens in China has managed to cross the Rs. 1400 cr mark by collecting Rs. 1450 cr.

In fact, Dangal that has been raking in the moolah isn’t too far behind the other massive spinner Baahubali 2 – The Conclusion. However, the film which features Aamir Khan playing the role of wrestler and coach Mahavir Singh Phogat is more than likely to cross the Rs. 1500 crore mark later this week.

Dangal has managed to rake in a whopping Rs. 1463 cr with Rs. 725.71 cr coming in from the Chinese market, Rs. 22 cr from the Taiwan box office and Rs, 716 cr coming in from the rest of the world market. If that wasn’t all, considering the growth rate that the business of Dangal has witnessed in the Chinese market the film looks set to become the highest grossing Indian film in the recent past over the next couple of days.

Dangal box office at a glance: