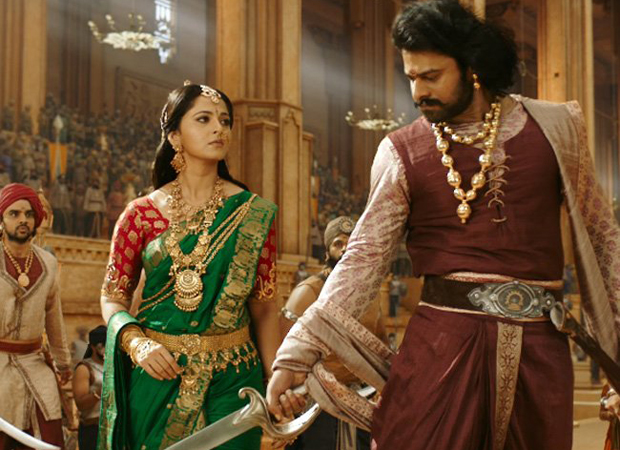 Baahubali 2 [Hindi] is now inching towards the biggest milestone ever in the history of Hindi releases, that of being the All Time Highest grosser. While it is a given that the record of Dangal [Rs. 387.38 crore] would be eventually surpassed, all that waits to be seen is whether the milestone would be surpassed today or tomorrow. The SS Rajamouli film has already netted Rs. 377.5 crore, what with Rs. 17.25 crore more coming in on Wednesday. Just around Rs. 15 crore more need to be added to the film's total and if that happens today itself, Baahubali 2 [Hindi] would have achieved this huge record in two weeks flat.

Regardless of whether this record takes place in 14 or 15 days, never before has it happened in the modern day history when a lifetime record at the Box Office has been surpassed in such quick time. The biggest grossers of all times till now, Dangal, Sultan, PK and Bajrangi Bhaijaan - each of them being Rs. 300 Crore Club members - had all managed that after spending weeks at the Box Office. It was a battle that had to be fought on a consistent basis and all the crores that were added took days and weeks to make for a hefty total eventually. However, Baahubali 2 [Hindi] has made it look all so easy with huge sums coming every day.

The film would soon be entering the Rs. 400 Crore Club and that feat would be accomplished in the third week itself. After that the next big milestone is Rs. 450 crore which would be achieved as well. What remains to be seen is whether the Prabhas, Rana Daggubati and Anushka Shetty starrer do the unthinkable and eventually nett Rs. 500 crore in just the Hindi version!