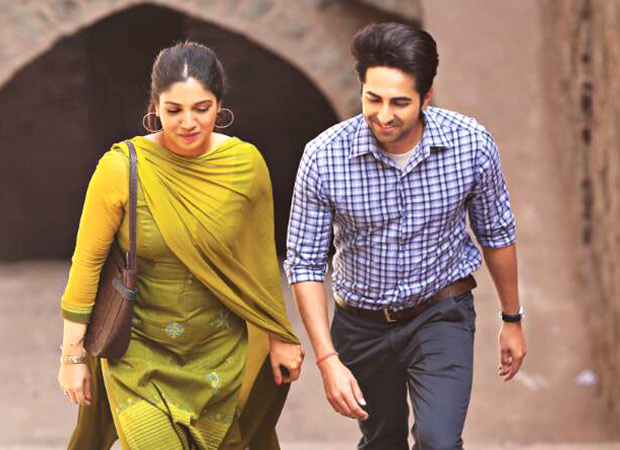 Ayushmann Khurranna can well begin to celebrate. Collections of his Shubh Mangal Savdhan have stayed on to be quite steady, what with Rs. 2.85 crore coming on Tuesday which is even better than Friday and then Monday. That has spelt good news for the film which has now accumulated Rs. 19.84 crore already and in the process has gone past the entire Week One of Bareilly Ki Barfi [Rs. 18.72 crore] in a matter of just five days.

The film has been accepted well and should hang on well till the release of Judwaa 2 [September 29]. It is one of those films which doesn't need a massive count of screens for survival and hence can maintain good audience inflow even on restricted shows. This is already been seen with Bareilly Ki Barfi which is doing well despite so much of competition around it and now Shubh Mangal Savdhan appears to be set for a similar trending as well.

Another interesting thing that has emerged around this RS Prasanna directed film is that audiences are in a mood to check out both these films starring Ayushmann Khurranna. One of the common heard things is - 'We have checked out one of these two films and it is good; now let's check out what the other has to offer'. It is as simple as that - A new flavour is in the town and in a largely barren period for Bollywood, at least something new, different and refreshing is in the offering. Ayushmann Khurranna is bringing that flavour and audience don't seem to be minding that at all!