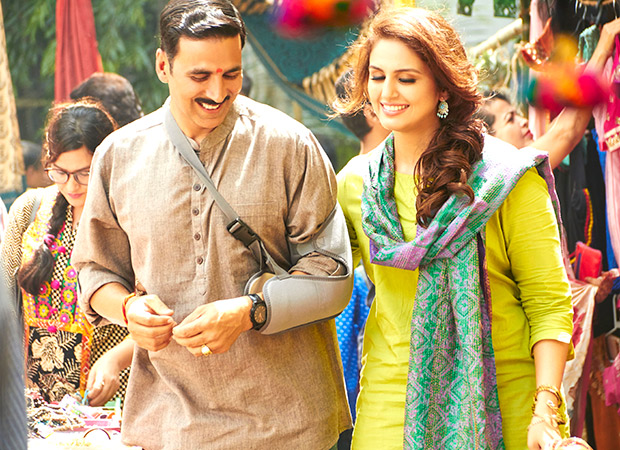 Jolly LLB 2 fared well over the weekend as it collected Rs. 50.46 crore at the Box Office. On Sunday, the film saw further increase in collections with Rs. 19.95 crore more coming in. The Subhash Kapoor directed film did see very good day by day jumps and now one hopes that collections over the weekdays would remain rock steady.

Though Jolly LLB 2 is not a romantic film that typically gets some sort of impetus on the Valentine's Day (which falls tomorrow), the collections should remain steady when compared to today.

The film should be aiming at Week One collections of around Rs. 75 crore as that would set it well in its endeavour to enter the Rs. 100 Crore Club. The Akshay Kumar starrer benefits from the fact that even though there are three releases on the coming Friday [The Ghazi Attack, Running Shaadi.com, Irada], they won't be eating away too many screens between them. That would allow Jolly LLB 2 to maintain visibility across the country and gain moolah in the second week as well.